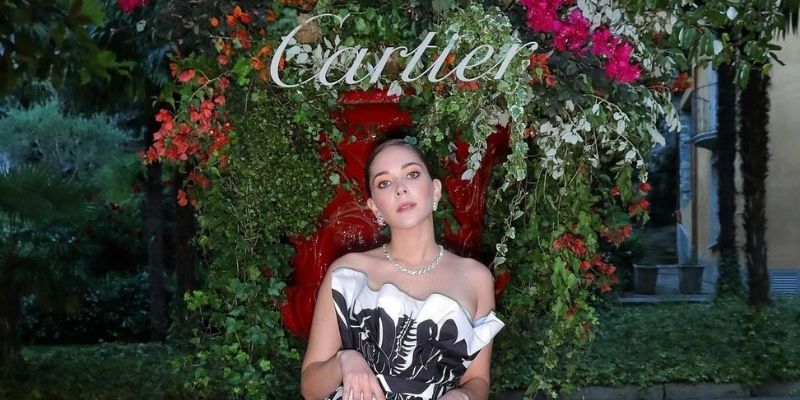 As they continue to fly the flag for the region, Cartier has announced Saudi Arabian actress, Fatima Al-Banawi, as their latest ambassador for the Middle East.

With another creative celebrity joining the Cartier family, Al-Banawi infuses the similar non-conformist spirit which the house has emulated for generations since its inception, as she continues to view the world through the wider lens with her creative background.

Last week, the Parisian Maison also unveiled its latest high jewellery collection entitled Sixième sens par Cartier in Lake Como in Italy to express the soulfulness of each piece in the most vivid manner possible.

The actress took a post to Instagram after the event with a caption that said, “Happy to be a friend of such a Maison, a witness of its refined “Sixth Sense” collection showcased in Lake Como, and looking forward to exploring acting and filmmaking with them by my side.”

From witnessing the purity of the motifs to an irresistible magnetism displayed through the collection, several notable personalities including the likes of Cyrille Vigneron, president and chief executive of Cartier, Egyptian actress Yasmine Sabri, filmmaker Nadine Labaki and Princess Deena Aljuhani Abdulaziz, a Saudi entrepreneur and others witnessed the event as Al-Banawi took on her latest title for the luxury brand.

Seen in an opulent gown at the event, Al-Banawi was adorned in a black-and-white dress created by the renowned fashion designer Zuhair Murad, along with enchanting pieces from the brand that gracefully complimented her look.

With other significant qualities that Al-Banawi brings to the table, she’s known for her on-screen presence in several popular films and series along with her background as she earlier pursued her master’s degree in Theological Studies at Harvard, while now being proud to carry the Cartier flag with pride.

In recent times, the actress also starred in the Egyptian Netflix series Paranormal and Al Shak (The Doubt), while also taking part in a Nike campaign to highlight Arab pioneers in the industry.

For more information on the collection visit cartier.com