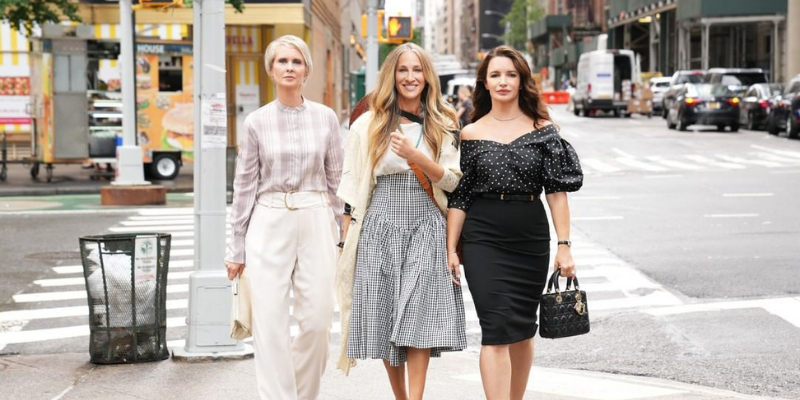 Sarah Jessica Parker isn’t here for anyone’s comments about her ageing, hitting back at criticism she has received, along with her co-stars, ahead of the Sex and the City spin-off, And Just Like That….

SATC first premiered in 1998, 23 years ago and much to some people’s shock, the cast has aged during that time.

Opening up about the criticism she has experienced on social media, SJP noted how women are often scrutinised for ageing, but men are praised.

“There’s so much misogynist chatter in response to us that would never. Happen. About. A. Man.,” the actress told Vogue during a recent interview, referring to some photos which were published back in July of her displaying some grey roots.

“I’m sitting with Andy Cohen, and he has a full head of grey hair, and he’s exquisite,” she explained. “Why is it OK for him? I don’t know what to tell you, people!”

In the interview, SJP opened up about how social media has heightened the criticism highlighting no matter what you do people will always find fault.

“It almost feels as if people don’t want us to be perfectly OK with where we are, as if they almost enjoy us being pained by who we are today, whether we choose to age naturally and not look perfect, or whether you do something if that makes you feel better,” she admitted.

SJP has played the character of Carrie Bradshaw since she was 33, as have her And Just Like That… co-stars Cynthia Nixon (Miranda Hobbes) and Kristin Davis (Charlotte York) since they were 32 and 33 respectively.

As the series has progressed over the years, with two films and now the spin-off, the actresses and characters have – much to many people’s dismay it seems – aged.

“I know what I look like. I have no choice,” SJP pointed out in her interview. “What am I going to do about it? Stop ageing? Disappear?”

And Just Like That… is set to premiere on HBO Max on December 9.