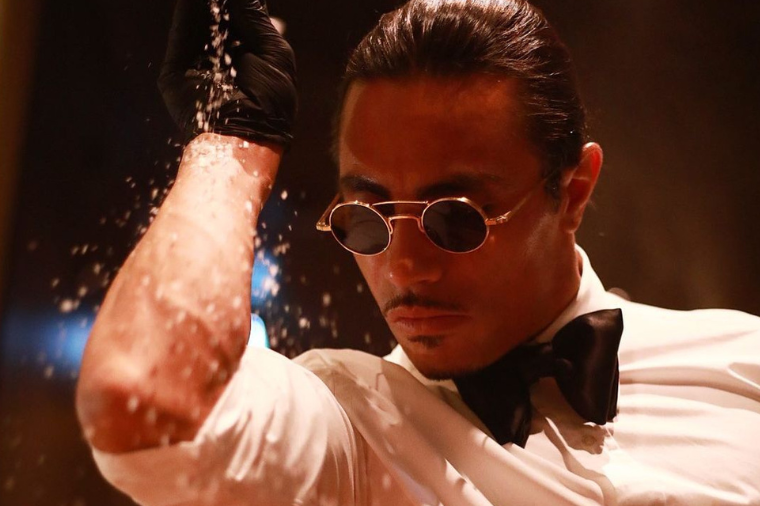 Would you ever guess a restaurant bill could cause a stir on social media? Well, it can…

During a recent fine-dining experience at Nusr-Et Steakhouse in Abu Dhabi, a few diners spent over Dhs600,000.

Of course, the post Salt Bae shared with his 49.2 million followers garnered a lot of attention and definitely divided opinion amongst his fans.

In the breakdown of the bill, his followers were able to see that five portion of beef carpaccio would set you back Dhs1,200 on five portions of beef carpaccio, while two beef tenderloins came it in at a whopping Dhs4,500. To top it off, there was Dhs30,000 spent on VAT alone and over half a million dirhams spent on beverages.

“Seeing this dinner bill and thinking this can save an entire city from hunger for days makes me feel sad,” one user commented. “No one should EVER pay 405 for a still water.”

“This is so stupid… Paying this much for one meal,” another follower stated.

Meanwhile another said, “90 percent of this is just alcohol, what quality are you talking about?? Did you produce the Petrus Louis 13?”

Another person joked that despite the expensive bill it was “Only 27 on sparkling water.”

After going viral in 2017 with his signature salt-sprinkling pose, the Turkish restauranteur has opened branches all across the world including Mayfair, London and Riyadh, Saudi Arabia. With each restaurant serving astonishing dishes such as gold-leaf covered steaks and Golden ottoman steaks, diners around the world have previously made comments pertaining to the exorbitant prices on these menus.

Would you pay a visit to this world-famous restaurant?