The Rise Of The Rear: Forget The Selfie, Take A Belfie 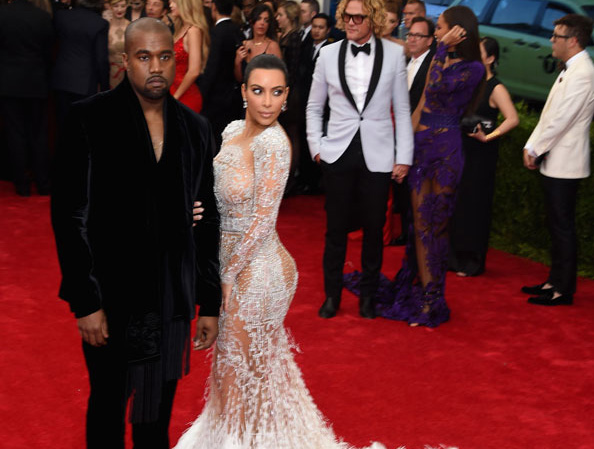 Bottom implants have now overtaken breast implants in the popularity stakes, as belfies (that’s buttock selfies) permeate Instagram and Twitter – with Kim Kardashian (who else?) leading the charge. Emirates Woman investigates what it takes to become queen of the belfie…

Kim Kardashian’s curves are now so famous that last year they threatened to ‘break the internet’ when a cover shoot with Paper magazine was leaked online. And Kardashian fever shows no signs of abating: the reality star recently topped a survey by cosmetic surgery group Longevita of the most coveted celeb bottoms; and there’s even a Kardashian app which lets you try out Kim’s mind-boggling proportions for size on your own photo.

So what’s behind (pun intended) the trend? On releasing the statistics, Dr Michael Edwards, the society’s president pointed to Instagram, and stars like Kim Kardashian who love to flaunt their fuller behinds online in the form of ‘belfies’. “It’s social media,” said Dr Edwards. “The Kim Kardashians and the Jennifer Lopezes…” In fact, the recent surge in demand for butt augmentation surgery has been associated with Mrs Kanye West to such an extent that many in the industry now refer to the surgery simply at ‘The Kim’. Longevita plastic surgeon Prof. Dr. Fuat Yuksel, says, “Kim has been popular among women seeking butt augmentation, or ‘Brazilian Butt Lifts’ as they are more commonly known, for a few years, but in the last 12 months we’ve had a massive rise in the numbers asking for a Kim Kardashian bum.” He adds, “We’ve seen a 200 per cent increase in the number of enquiries for this procedure in the last 12 months alone. Women love beauties like Nicki Minaj and Kim Kardashian who have bigger bums and are not afraid to flaunt them.”

Belfie fever has spread to the UAE too. Edwina Viel from the London Centre for Aesthetic Surgery (LCAS) in the Gulf says it’s now one of the most popular surgeries among women in the Middle East. One of the most popular treatments at the Dubai-based surgeries is called “The Organic Bottom”. Edwina’s husband, plastic surgeon Dr Maurizio Viel says: “This is using the patient’s own fat, usually taken from the abdomen area, and injecting it around the bottom area to enhance or to shape it. This looks and feels very natural, and it’s a sought-after procedure because it is the patient’s own ‘organic’ parts so there is no allergic reaction. It’s extremely popular procedure in the Middle East.”

However, if you are going to opt for surgery to boost your caboose, it’s important to do your research and find a reputable clinic. LCAS surgeon, Dr Roberto Viel (Maurizio’s twin brother) has this advice, “Be careful when choosing your doctor. It should be with a doctor with a good reputation in a reputable clinic or hospital. We have seen time and time again, patients who come to us who have been injected with poor quality or illegal fillers by surgeons pretending to be qualified, or after going to other neighbouring countries and choosing their doctors on price rather than qualifications – and are now facing a lifetime of complications. The Dubai Healthcare City, MOH and DHA are extremely strict with licenses but there are people practising under the radar,” he warns.

Consultant plastic surgeon and BAAPS (British Association Aesthetic Plastic Surgery) member Nilesh Sojitra says black market buttock surgery is a worldwide problem. In some of the illegal operations that have been uncovered, patients have been injected with toxic substances including illegal silicone or even bathtub sealant. “The risks are massive when illegal practices are employed and often the damage is irreversible. When silicone or other products are injected you may get areas of necrosis (tissue death) that surgically has to be removed causing defects that require reconstruction,” he says. Suyima Torres, 28, from Miami, found out too late the devastating impact of choosing an unlicensed surgeon: she died in 2013 after allegedly being injected with a “yellow oily-looking” toxic substance from a man who claimed to be a doctor from Venezuela. Just 16 days earlier, 20-year-old Dailen Garcia had received buttocks injections at the same back-room surgery, and consequently suffered vision problems and bleeding of the lungs.

Mr Sojitra says there are only two safe options when it comes to butt augmentation. “Safe options are silicone butt implants or fat transfer injections. Implants involve making an incision under general anaesthetic in the butt area and inserting an appropriately shaped implant. Fat transfer involves taking fat from other areas, usually the tummy, and re-injecting it to shape a bottom, again under general anaesthetic.” But, he warns, even with a reputable surgeon, all surgery carries an element of risk. “With implants, this includes the risk of infection, bleeding, movement of implant, and extrusion (the implant coming out); while with a fat transfer, the risks include uneven fat distribution in the buttock area due to re-absorption of the fat, infection, and contour irregularities in the area where the fat has come from.”

Thankfully, you can achieve a shapely behind without going under the knife. UAE-based personal trainer and founder of PTX Performance Training Tom Woolf urges women not to be lured to the surgeon’s office. “Whatever you do, don’t resort to surgery to enhance your butt. It is equivalent of doing a deal with the devil, and you will regret it over time,” he says. “You can get a firmer backside, reduce fat content and look noticeably leaner with 20 minutes of exercise twice a week.”

Tom recommends the following combo of moves at least three times a week:

Tweaking your diet can also help towards smoothing out your derriere – especially when it comes to getting rid of unsightly lumps and bumps. “Diet has a huge impact on cellulite,” says Dubai-based personal trainer Derryn Brown. “Eating refined sugars, packaged foods, processed starches, chemicals, pesticides and preservatives lead to an accumulation of toxicity in your body.” To prevent further build-up of toxins and to smooth up your behind, Derryn has this advice: “Eat a clean, alkaline and unprocessed diet; drink plenty of pure clean water; go on a proper detox every few months; exercise until you sweat and treat yourself to regular massages.” There are also plenty of non-invasive treatments around that can help you improve the shape and smoothness of your bottom. Ruby Asis a massage therapist from The American Surgecenter in Abu Dhabi recommends a Cellulite Melting Wrap (Dhs2,450 for eight sessions) to treat cellulite on the bottom. “Cellulite is a form of fat beneath the skin that gives it a dimpled, lumpy appearance. For women, cellulite commonly appears in the buttocks and hip area. The Cellulite Melting Wrap treats cellulite by stimulating metabolism and oxygen exchange in the fat cells. It helps to remove stagnant fluids and toxins from the body and fights the signs of cellulite,” says Ruth, who promises a firmer and smoother behind after just one session.

So, now that you know how to get that pert derriere, all that remains is to show it off with the perfect belfie. Step forward to new-to-the-market Belfie Stick (yes, really) to allow you to do just that…