Review: Why You Should See Les Misérables At Dubai Opera Before It’s Gone 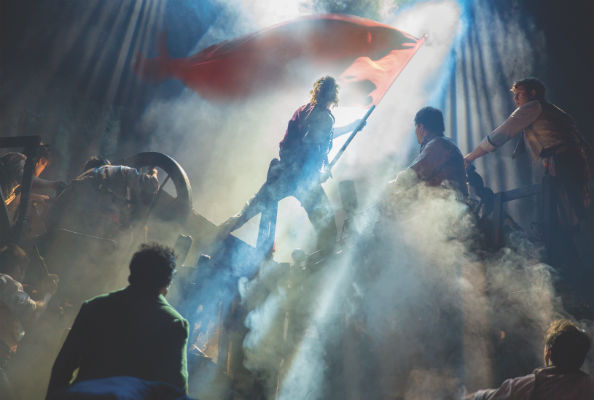 Our reviewer has already seen the hit musical four times – so how did Dubai’s version fare against London’s West End?

The stakes were high.

As a lifelong musical fan (a guilty pleasure I have no real guilt about), there was no question I’d have to see Les Misérables at Dubai Opera.

Based on Victor Hugo’s novel, the performance is set against the backdrop of a politically turbulent 19th-century France, where a web of characters face emotional and physical battles in an austere yet affirming tale of love, loyalty, faith and valour.

It’s a production I’ve witnessed four times around the UK – my mother is a musical aficionado, meaning in my case it might be nurture over nature – so its Middle Eastern debut was a must-watch. 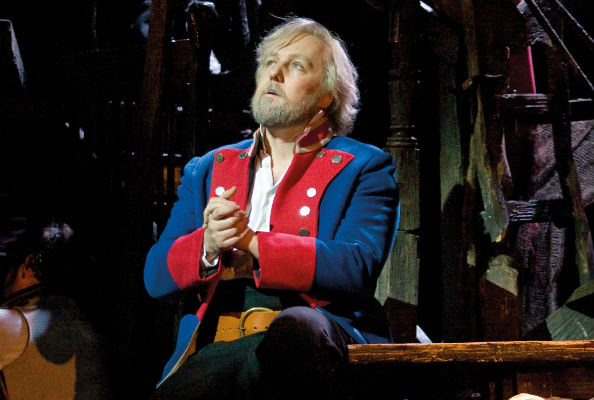 It was a performance that started with goosebumps and ended with tears – mostly thanks to the vocal powerhouse that is John Owen-Jones as Jean Valjean.

From his very first line in Prologue: Work Song, the richness, the effortlessness, and the sheer breadth of the Welshman’s voice had every hair on my arm standing on end, as if someone had been rubbing a balloon over my skin for hours.

And judging by the way my plus-one grabbed at my arm and gasped, I don’t think I was the only one.

Playing the lead protagonist, a peasant recently released from a 19-year jail sentence after stealing food for his starving family, Owen-Jones brought a rawness and depth of emotion that felt genuine, but still theatrical enough to be felt by the 2,000-seat strong crowd.

From his tender, not-at-all-forced Bring Him Home (a cord-strainingly high number for even the most masterful tenor) to the frailness and poignancy in his final number, the veteran performer – who has played Valjean both on Broadway and the West End since 1995 – was hands-down the most outstanding element of the night. 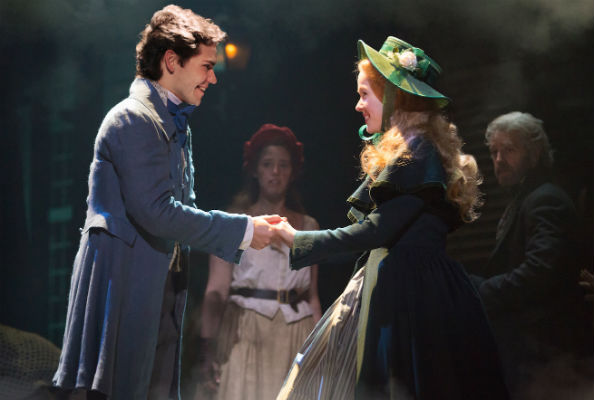 Emily Langridge and Paul Wilkins as Cosette and Marius.

That said, Carrie Hope Fletcher’s portrayal of the street-smart but lovesick Eponine is equally as heart-wrenching and note-perfect, as was Patrice Tipoki’s down-on-her-luck (an understatement if ever you heard one) Fantine.

You could have heard a pin, nay, a single hair drop during the two’s pivotal solos, I Dreamed A Dream and On My Own. Again, these were the finest actresses in those roles I’ve ever seen. The casting, which has incorporated performers from London, New York and Australia, is, in one word, faultless.

Further evidence was the turn of Peter Polycarpou and Jodie Prenger (yes, she of Andrew Lloyd Webber’s I’d Do Anything fame) as the scheming, self-serving Thénardiers, who provided some much-needed light relief. The comic timing in their rendition of Master Of The House was impeccable.

The scraps were more brutal, and the battles saw more bloodshed – it was the most violent retelling of the story I’ve seen, which only served to increase the tension and the audience’s emotional investment in the tale. There were yelps at the gunshots, winces at a particular cheek-biting scene, and the set design in particular was exemplary. 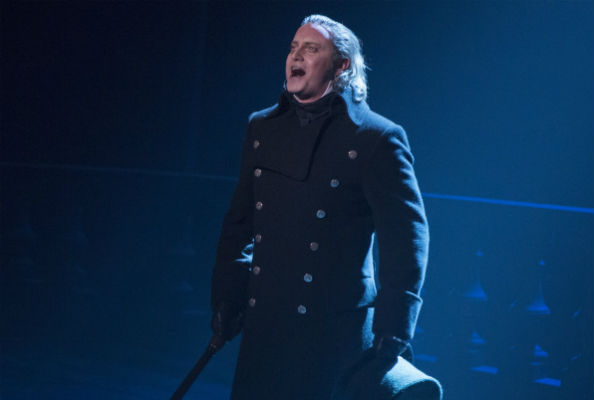 The scene in which jobsworth police officer Javert has, let’s just say, a rather big fall was spectacular, employing some kind of plinth and dark, foaming backdrop for a far more visceral effect.

Hayden Tee, playing the pompous yet tortured man in blue, ran rings around Russell Crowe’s big-screen take on the character, coming a very close second to my favourite-ever Javert, Australian Philip Quast (it was almost neck and neck though).

Any downsides? Only those so incremental and subjective they’re barely worth mentioning (the floppy, Hugh Grant-esque wig on Enjolras, for example).

So if you’ve seen Les Mis before (or only seen the film), rest assured this is a cast you don’t want to miss. And if you’re averse to musicals (as many think they are), believing they’re forced, jolly and a little cringeworthy, I defy you not to be swept up in this one.

As the cheering crowd refused to quieten during the lengthy standing ovation, even the performers themselves looked a little wet around the eyes.

My advice? Pack tissues and book now, before it’s too late.

Les Misérables is at Dubai Opera until December 2. Visit dubaiopera.com to book tickets (Dhs275 to Dhs1,475).