Reverse Ageism: Is It Worse Than Looking Too Old? 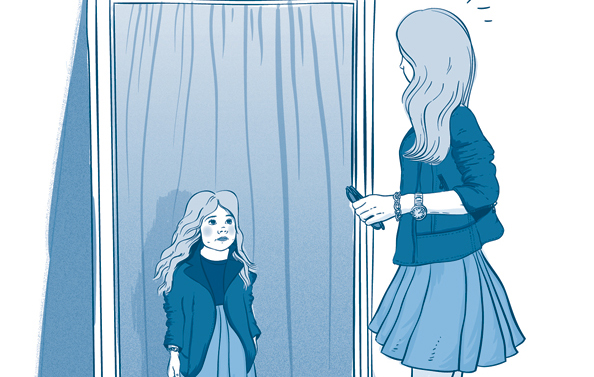 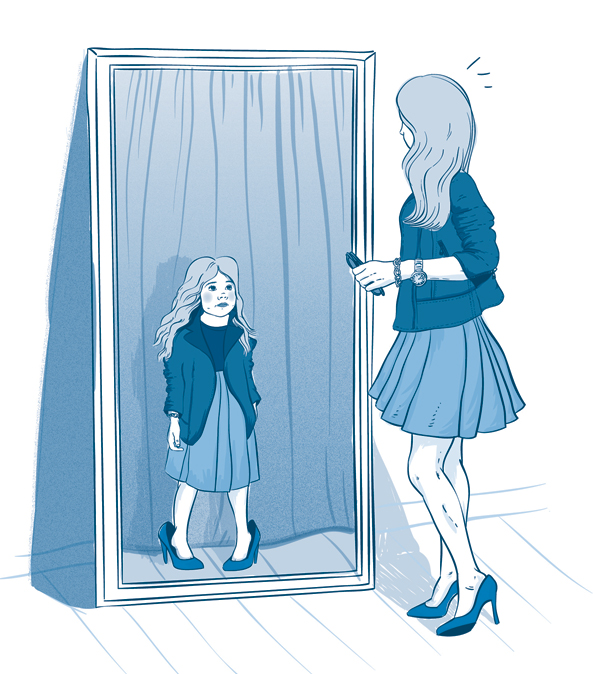 While most women struggle to look younger, Sarah Garden asks us to spare a thought for those with the opposite problem. Here she explains the angst of being an adult who looks like a teenager.

When my mother was pregnant with me she often received dirty looks from strangers. Not because she smoked or went white water rafting, but because she looked like a teenager. Little did they know she was married, approaching thirty, and happily awaiting the arrival her second baby.

Now in her fifties this curse is a blessing, and her full cheeks have fended off the signs of weathering that blight many women. Fortunately for my future self this trait is hereditary. But it does have its downsides.

Cashiers often assume my ID is fake and the list of things I’ve been refused at the checkout includes hot sauce and cutlery (seriously, I’d just moved into a new apartment and had to cut a chicken breast with a wooden spoon). Walking out of a shop empty-handed with a queue of people having overheard a cashier accuse me of handing over a dodgy license is extremely humiliating.

In some ways it’s understandable. I went to school aged four, started university at 17, never went through the what-do-I-do-with-my-life conundrum that most recent graduates negotiate, and landed my first journalism job fairly quickly – I may as well have emerged from the womb with a dictaphone and a list of inappropriate questions. This meant I was slightly younger than everyone else at most of life’s milestones. The problem is, looks wise, everyone assumes that I’m even younger and it often comes across in their attitude. It’s like some sort of reverse ageism.

Once, looking particularly childlike after a rare trip to the gym, I popped into my favourite shop in Edinburgh, UK, only to be screamed at by the manager who said he’d “had enough of kids wrecking the place.” My crime? I was carrying a closed flask of coffee. With all attempts to explain dismissed, he pointed at the door and exclaimed “out!” The same manager greeted me warmly two weeks later when I entered the shop in heels, a tailored blazer and a full face of make-up.

It’s not just shop assistants. Flight attendants, waiters, hotel staff, doormen, and taxi drivers are just a few of the people I struggle with on my dress-down days. “Take this exit please,” I’ll say to the cabbie and he’ll either completely ignore me or tell me I’m wrong – because, as a teenager, I don’t know what I’m talking about. But my gripe isn’t at the fact that I’m supposed to be an adult, it’s that people seem to think it’s OK to treat youngsters with such little respect.

Even those who aren’t rude can be unintentionally patronising. “Are you the intern?” and “ummm how old are you?” are questions I’m often asked over confused handshakes. I fight the urge to answer “none of your business” to the latter but, for the record, it’s rude to ask a lady her age, no matter how childlike she looks. One American singer was a little more diplomatic when I arrived to interview her – “Aww you are, like, sooooooo cute!” she beamed, turning to her publicist for confirmation. “Isn’t she so cute?” The publicist nodded her head vigorously, and we all sat down having established the full extent of my cuteness.

The irony of this, of course, is that in ten years time I’ll spend a fortune trying to look younger. But hey, at least my kitchen will be fully stocked with hot sauce and cutlery.