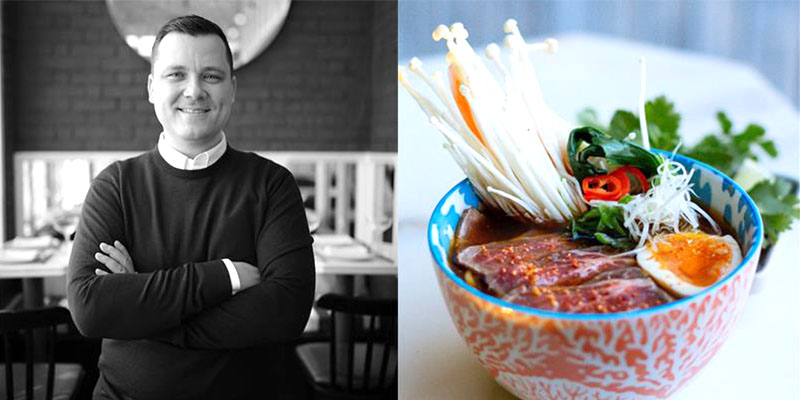 In our new series, EW eats with, The Restauranteurs deliver their know-how in easy to follow recipes to ensure your dining in is the new going out.

This week, The Restauranteur – Alex Stumpf, Chief Patron and co-owner at BB Social

This week, EW chats to Alex Stumpf, who is known for honing in on Japanese, Mexican and Far-Eastern delicacies. He believes a talented chef should be able to apply himself to any cuisine and he prides himself on being able to do so.

With two decades of kitchen experience, which has seen him manage teams of over 80 chefs and stewards, win awards and oversee one of the UAE’s most recognised Asian restaurants, BB Social Dining, among others. The critically acclaimed chef says “it’s never too early or late to begin cooking”.

“You just have to have passion, play with amazing ingredients, travel around the world, and respect the food and the ones you prepare it for,” he adds

With BB Social Dining, he is able to express his passion by rebelling against the executive chef trajectory to create a gem-like Far-Eastern menu that incorporates all of the culinary elements he knows his guests will love. We’re talking single plate bao buns, bites, bowls and barbeque dishes with a delicious nod to Middle Eastern ingredients, being amongst them. What’s not to love? 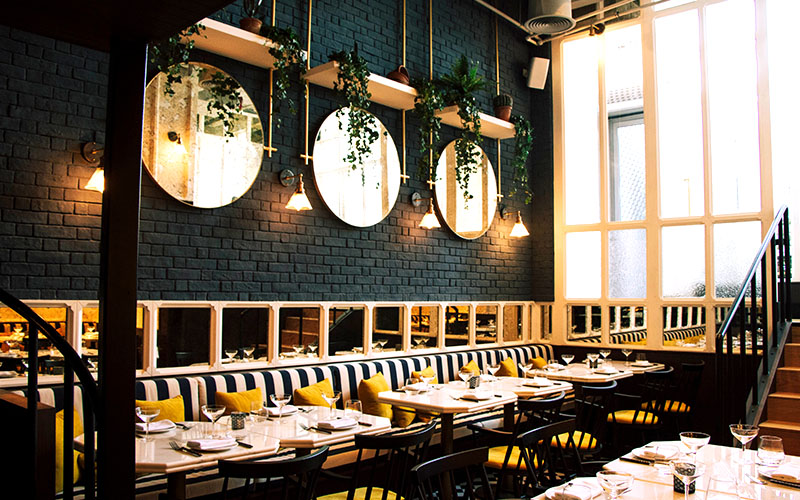 Wagyu beef ramen, the recipe which he is sharing with EW, is one of his favourite dishes.  “Our ramen stock has been cooked over 12 hours,” he says of the dish. “It is based out of a lot of chicken bones to get the right flavour from the beginning as chicken broth is a very healthy dish, in itself.

“We then mix the broth with our own recipe of soy tare which makes it into a clear Ramen soup. Its best served with egg noodles and a variety of Asian vegetables along with a soft boiled, soy-marinated egg.” 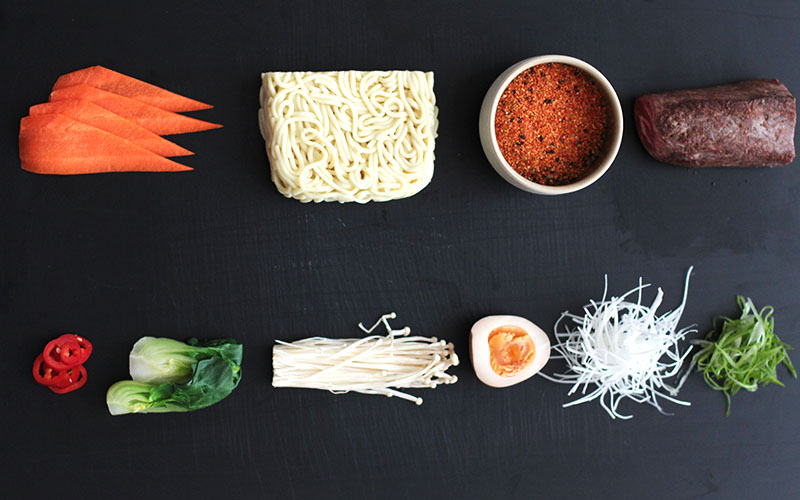 Take the striploin and trim it into a nice rectangular shape. Season it with salt and pepper and coat with a tablespoon of pomace olive oil. Heat up a frying pan to near smoking heat and sear each side of the beef for five seconds to a nice charred color. Wrap in cling film and chill in the fridge. 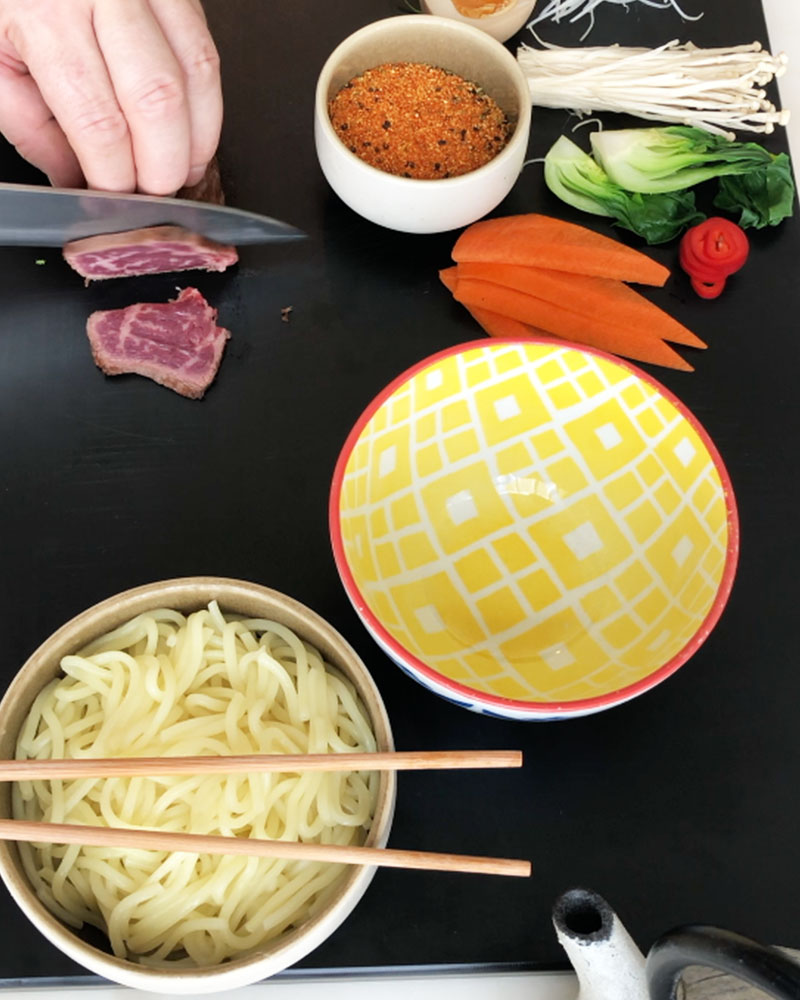 Mix all ingredients and set aside in the chiller. 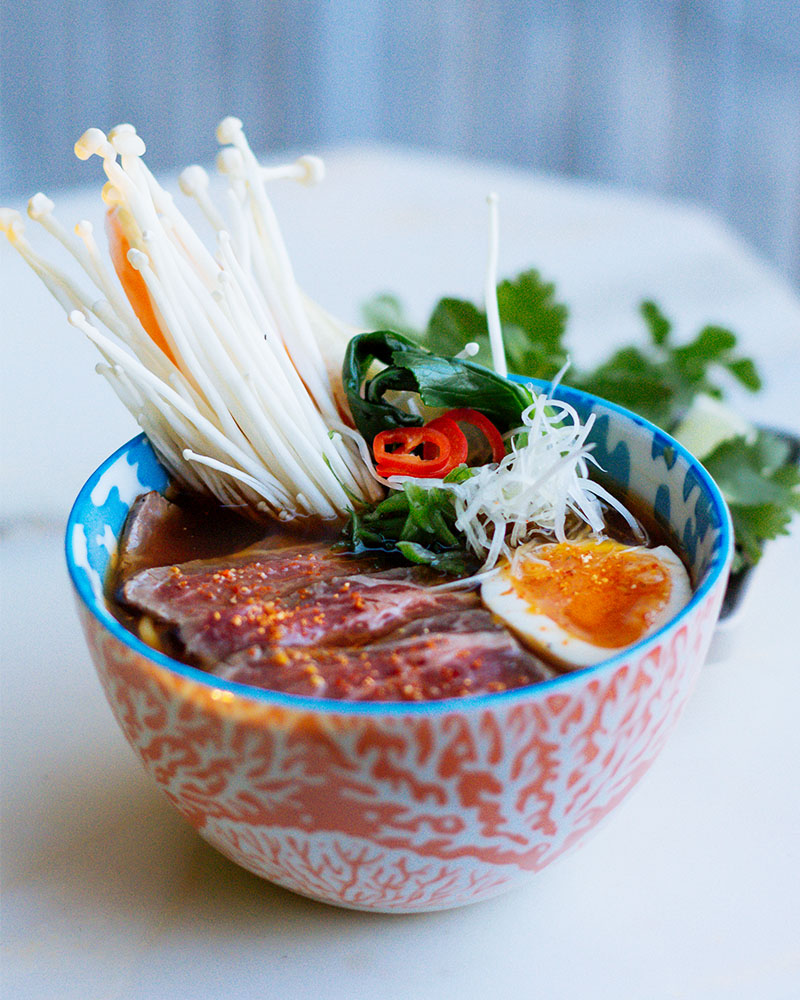