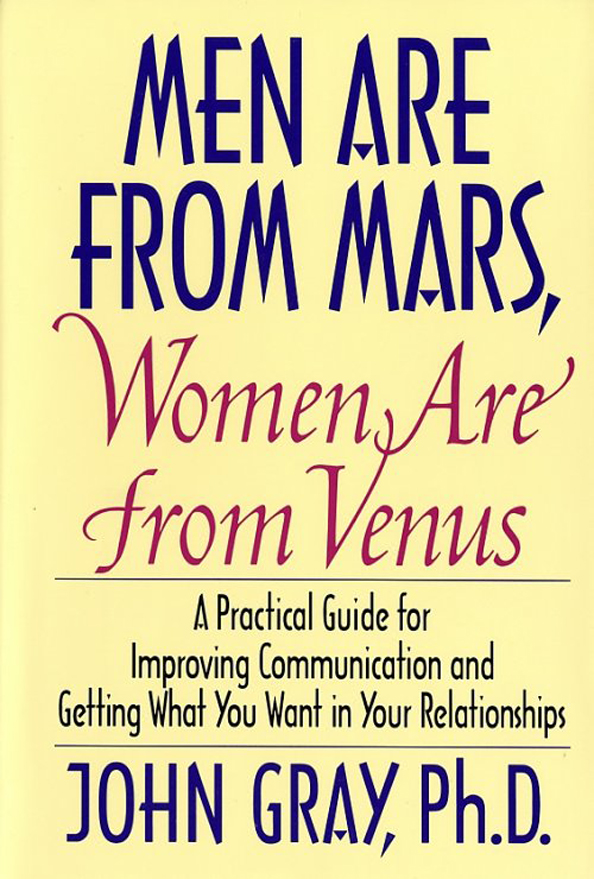 When the renowned author of Men Are From Mars, Women Are From Venus visits Dubai we’re not one to skip out on the opportunity to ask him some relationship advice. Here the Emirates Woman team grilled John Gray on why we are so different from the opposite sex and got him to reveal the secrets to a successful relationship.

What are the most fundamental differences between men and women in relationships?

For thousands of years men and women have adapted their partnership roles: stereotypically men are protective and provide for women, and women are the home-makers.

But haven’t those differences changed today?

They have. Men and women are coming closer together, no longer do you have to go away from the family to provide for the family, no longer do women have to give up providing in order to raise a family. They can have their children at an older age, have a job and have a career as well.

In general, who do you think has the upper hand in relationships?

Every woman and man has a male and female side, we all have a left and right hemisphere of the brain, but for man the left is way more active. So who has the upper hand in relationships? Well if we said who has an upper hand in the world, we’d see that man particularly have most of the government positions, most of the CEO positions, and so forth but what happens in the home is quite different.

Women in many cultures have learned to get their way by making everything seem like it’s the man’s idea because he wants to take credit for things, but quite often women have tremendous pull in relationships. Today, women are wanting to have more pull in the world and part of my message is teaching women how to communicate their ideas, perceptions and wisdoms in a way that doesn’t reject men, that doesn’t push men away and this is an art to learning new communications skills.

Do you believe it’s best for partners to be equal in terms of relationship power status?

Once we get into relationships we see that one of the biggest problems is a power struggle, without a doubt. When somebody seems to be getting more than what they want, the other person is getting less and there will be resentment. And when there is resentment then there is passive aggression – it’s a way for the person who feels powerless to assert their power. The ideal is cooperation and collaboration. Learning what’s most important to your partner and what’s most important to you.

What’s the key to a successful relationship?

Attitude. When things are not going right your tendency is to blame your partner. Instead of blaming your partner, take time to reflect how you contributed to the problem and make a change within yourself and then you can change your relationship.

What’s the key to surviving a long distance relationship?

How do men’s and women’s reactions to stress affect relationships?

One of the biggest differences between men and women is that when men are stressed they need to mull things over, they need to be quiet. Whereas women tend to sit and complain and talk about their problems. That’s how women cope with stress, by sharing, by communicating their experience with another. That releases the hormone Oxytocin that lowers a woman’s stress.

Now, why is this the way women do it and not men? Because Oxytocin doesn’t lower stress in men so men don’t even understand why just talking about a problem would help her feel better. So, note to men: just listen, don’t try and solve the problem.

In my book Why Mars And Venus Collide I talk about 101 ways for women to increase Oxytocin levels so that communication is not the only way to relieve stress.

Why do men ignore rather than be upfront? i.e. taking numbers and showing interest but never getting back in touch?

Well, a man may be interested in the moment but then he loses interest because he gets distracted somewhere else, it’s as simple as that. Guys are very interested in one thing and then they shift gears and they are interested in something else. It takes him a while before he remembers that he wants to call you, if he does, and by that time he is anticipating you are going to be upset with him because its two weeks later, so he crosses that out. So the key is, on a physiological level, women’s memory is twice as big as the man’s and when the man gets close, the hormone Oxytocin gets produced, that suppresses his testosterone so he needs to pull away for a bit, to rebuild his testosterone, so to speak, and by the time he is thinking about you again, he doesn’t call.

What are the key signs that a man is interested?

John Gray will be holding a seminar at DUTAC, Mall Of The Emirates, on February 26. For more information, visit rightselection.com