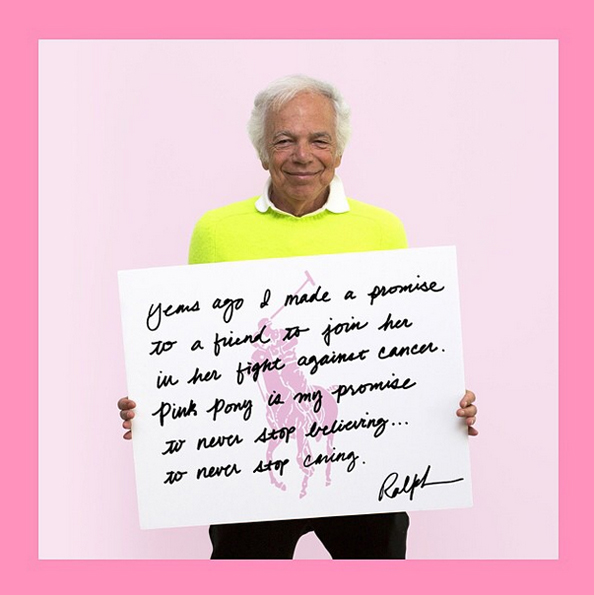 Proving himself to be just as successful as a philanthropist as he is a designer, Ralph Lauren took to social media, in particular Instagram, to share and spread the news of his campaign. In a pink-framed picture the 79-year-old revealed, on a placard, his reason behind launching the campaign. It read: “Years ago I made a promise to a friend to join her in her fight against cancer. Pink Pony is my promise to never stop believing… to never stop caring…”

Next to the image ran another message, stating: “Ralph Lauren makes the inaugural #PinkPonyPromise, his personal commitment to fight cancer. From Oct. 1-31, for every photo posted to Instagram, Twitter or RalphLauren.com/PinkPonyPromise with #PinkPonyPromise, the Pink Pony Fund of The Polo Ralph Lauren Foundation will donate US$10 to cancer-related causes, up to US$1M.”

David Lauren, executive vice president of global advertising, marketing and communications for Ralph Lauren, said in an interview with WWD: “We have always used social media to promote good causes…[We decided] to make the process as simple as possible – participants just need to write their promise on a piece of paper and be photographed holding it – the initiative will go viral.”

Need inspiration? visit ralphlauren.com where the company shares 100 #PinkPonyPromise suggestions. Alternatively, here’s the Emirates Woman pledge. We promise to continue to educate and support all women of all ages, of all nationalities. 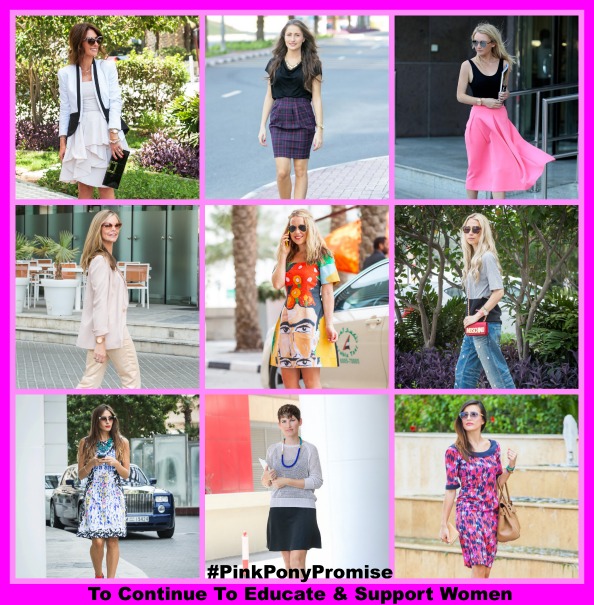 The brand will be following and tracking posts daily and will donate an extra dollar for each friend (up to five friends) tagged in a photo on Instagram or Twitter.

The Pink Pony Promise is just one of the many ways in which you can help support Breast Cancer Awareness. For more ideas on how to raise awareness and funds for cancer-related charities, visit here to find out what you can do locally.