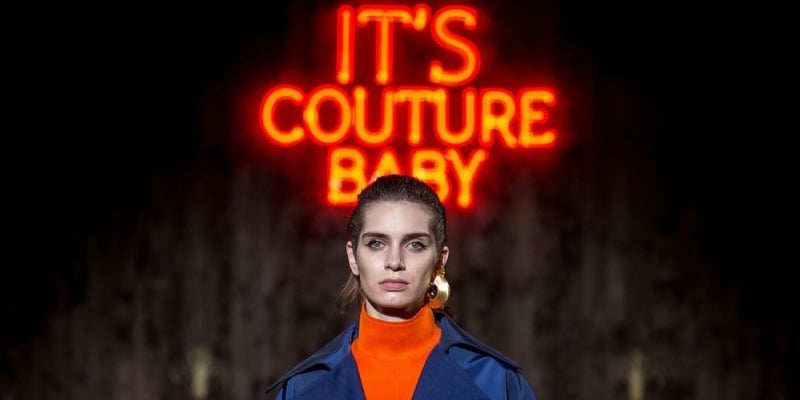 He joined the ranks of iconic brands like Chanel and Dior

Lebanese designer, Rabih Kayrouz’s label Maison Rabih Kayrouz has joined a select group of fashion houses who are granted haute couture status. This is a milestone for the brand, which is the second Arab label to be granted this prestigious status after Elie Saab.

Why we’re excited Balmain is returning to couture next year

The French Couture Federation announced on Tuesday that the Lebanese label has been granted the haute couture tag at a meeting of a commission of France’s Industry Ministry on December 3. The status is extremely prestigious, as the biannual haute couture calendar only includes 16 other luxurious labels. The esteemed list is made up of iconic Parisian and International fashion houses, such as; Givenchy and Armani.

The brand’s founder took to Instagram to thank his team for making this possible, writing, “We are proud to announce that Maison Rabih Kayrouz is officially appointed to the haute couture prestigious circle….. permanent member and the right to use the haute couture label.”

A post shared by MAISON RABIH KAYROUZ Officiel (@maisonrabihkayrouz) on Jan 9, 2019 at 1:28am PST

Over the years, Maison Rabih Kayrouz has become a label that celebrities love to wear. One of the brand’s biggest fans is Canadian pop icon Celine Dion, who has worn pieces from the designer on so many different occasions. Back in July, while on her Asian tour, the singer took Instagram by storm when she posted a photo overlooking Bangkok’s skyline wearing a canary-yellow two-piece suit from the Lebanese fashion house.