Queen welcomes Sultan of Oman and his wife to Windsor Castle 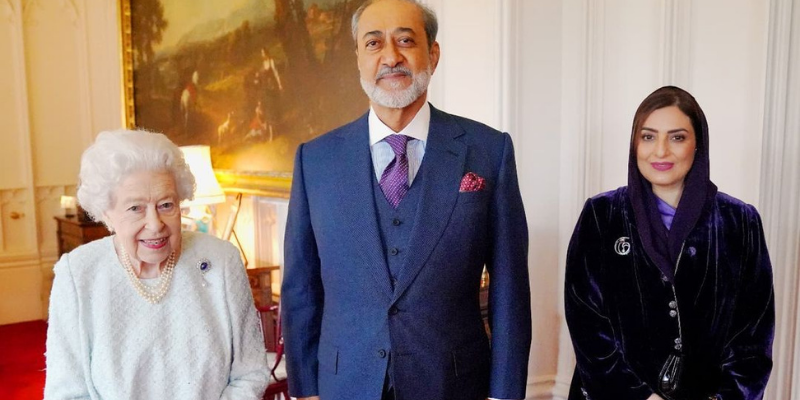 Queen Elizabeth II welcomed the Sultan of Oman, Haitham bin Tariq al Said, and his wife to the United Kingdom on Wednesday.

The Omani ruler and Sayyida Ahad bint Abdullah bin Hamad Al Busaidiyah were greeted by Her Majesty at Windsor Castle.

The three royals posted for a portrait together and the British monarch appeared to be in good health following a recent stint in hospital.

She has begun to take on some light royal duties following her health difficulties.

The Queen wore a pale blue dress and a classic set of pearls, while the Sultan of Oman wore a tailored navy suit and Sayyida Ahad wore a rich purple velvet ensemble.