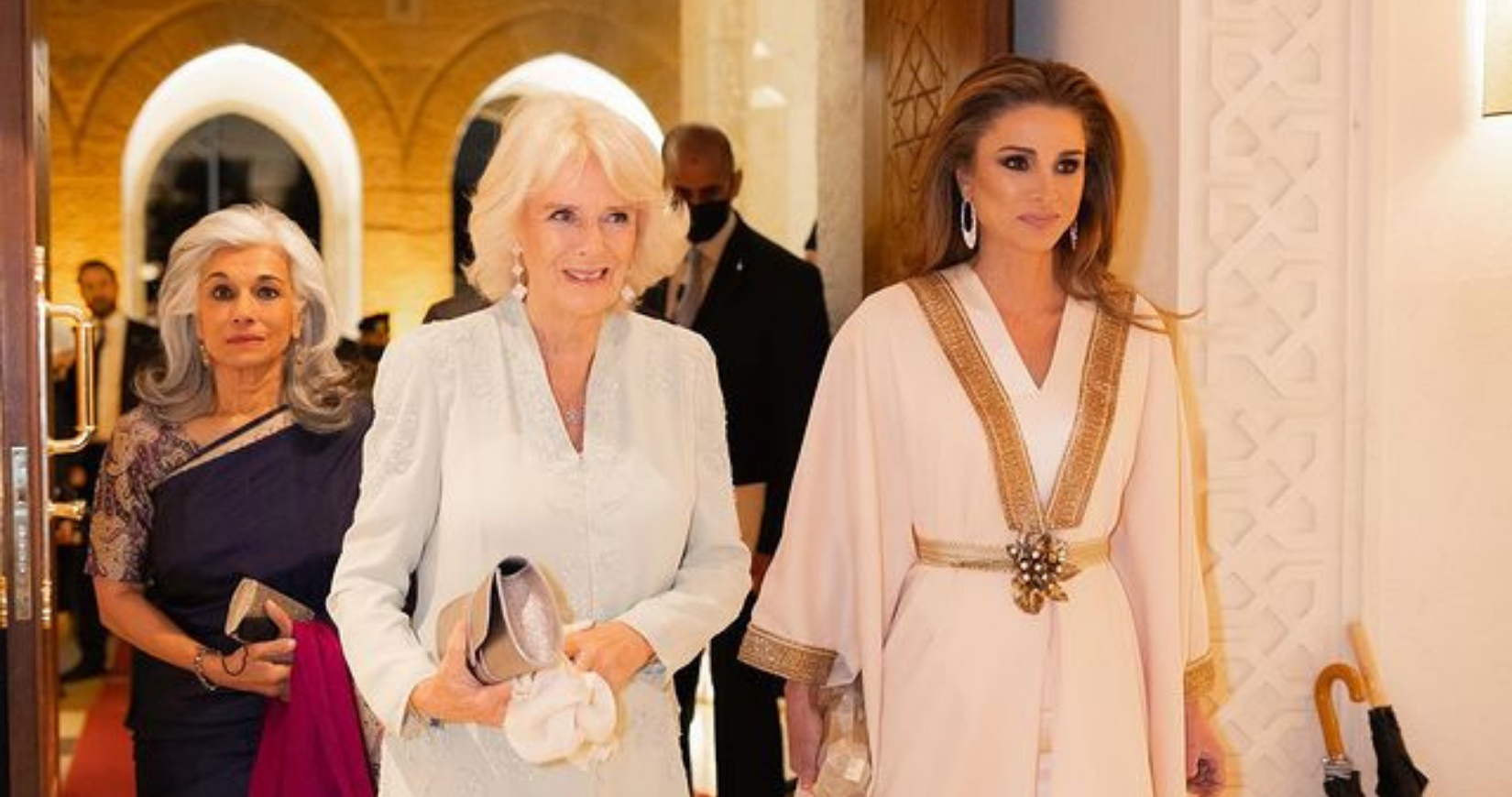 Her Majesty Queen Rania stunned at a royal banquet on Tuesday night.

She and King Abdullah II welcomed Prince Charles and Camilla, Duchess of Cornwall of the British royal family to Jordan as they embark on a tour of the Arab region.

Her Majesty shared a series of images on Instagram from the banquet where she stunned in a cream and gold gown.

In the first photograph she shared, Queen Rania is seen with King Abdullah, who was wearing a navy suit with a red tie.

In another image, Queen Rania is seen talking with Camilla, Duchess of Cornwall who was wearing pale blue gown.

“With His Majesty King Abdullah II and members of the royal family yesterday at a dinner banquet held in honor of Their Royal Highnesses Prince Charles of Wales and his wife Duchess Camilla of Cornwall,” Queen Rania captioned her post.

Prince Charles and Camilla touched down in Jordan early on Tuesday and the trip marked the first royal tour abroad for the British royals since the pandemic began.

Their Majesties welcomed Prince Charles and Camilla, Duchess of Cornwall at the Al Husseiniya Palace in Jordan’s capital, Amman.

Per Prince Charles’ deputy private secretary, Chris Fitzgerald, the British royals’ visit is to “celebrate both Jordan’s own centenary and 100 years of the UK-Jordan bilateral relationship”.

The couple are also set to travel to Egypt on their royal tour.