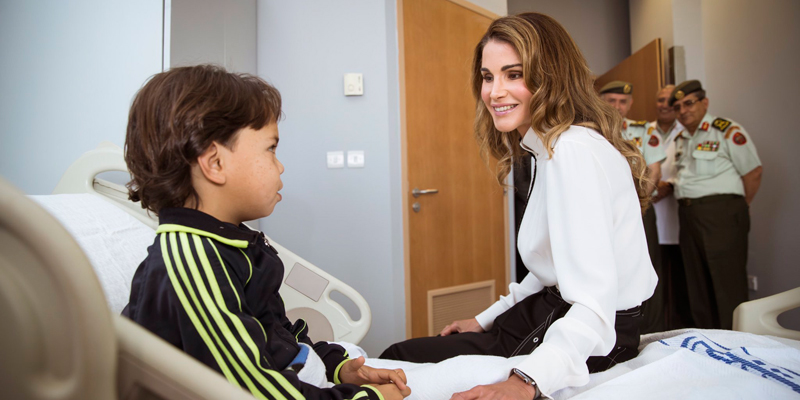 The royal spent hours chatting with young children as part of an educational afternoon.

She’s a proud mum of four, who has a natural affinity with children of all ages.

And Queen Rania Al-Abdullah of Jordan further demonstrated that trait on Sunday, when she visited a children’s hospital in Amman.

The royal dropped in at the Queen Rania Al Abdullah Hospital, which was named in her honour when it opened in 2010, to take part in a recently launched educational programme. 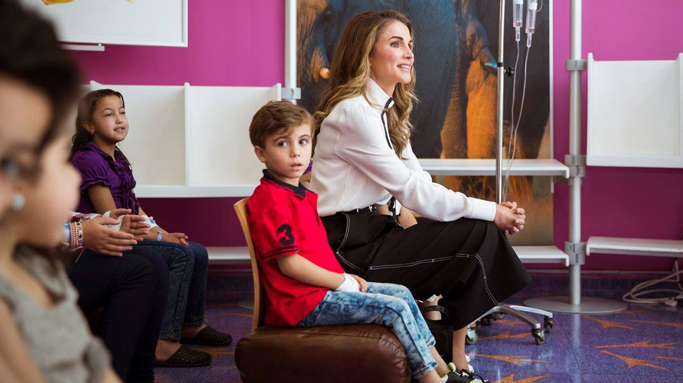 Read:
‘The world waits for no one’: Sheikh Mohammed’s life lessons
The Minister of Happiness dropped by to make these kids’ day

The get-together was part of an initiative by the Children Museum Jordan, which hosts interactive classes at the hospital with its Beyond Museum Walls program.

The project brings “its hands-on learning activities to those who are unable to visit”, Queen Rania posted on Twitter.

And, for those unable to leave their beds for the session, the kind-hearted royal made one-on-one visits, chatting with the young patients and their parents. 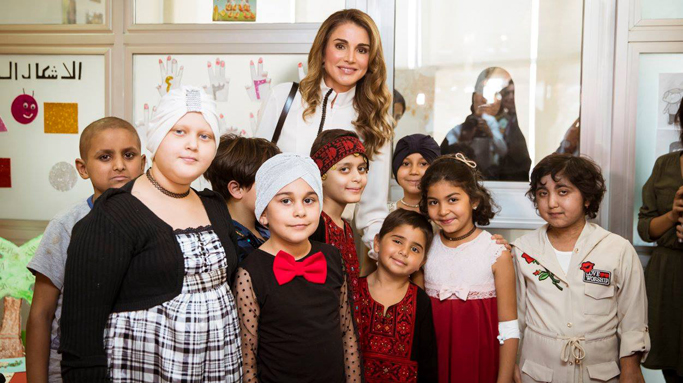 Read:
Princess Haya shines a light on the heroes helping others around the world
Malala Yousafzai has just been accepted into Oxford University

The royal only recently arrived back in Jordan, after visiting the UK to watch Crown Prince Hussein graduate from a prestigious military academy.

“You have given us countless reasons to be proud of the man you have become,” Queen Rania said on the day, in a touching tribute to her first-born.