Queen Rania has praised this disability centre for its ‘noble mission’ 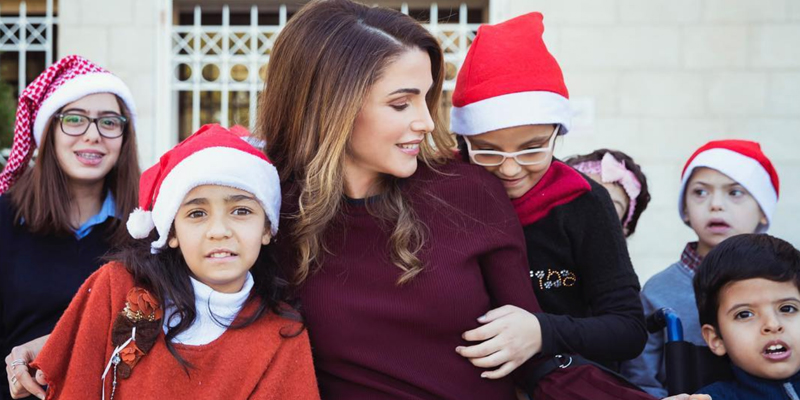 The royal met with volunteers, refugee families and people of determination during her visit.

In her role as Queen of Jordan, Rania Al-Abdullah always makes plenty of time to meet the people of the nation.

And, despite ongoing protests in her country due to US President Trump’s recent decision to recognise Jerusalem as the capital of Israel, the royal didn’t let political unrest stop her mission.

Read:
Queen Rania stands with Palestine after Trump’s decision on Jerusalem
Saudi Arabia has hosted its first-ever concert headlined by a woman

Her Majesty visited an Amman centre designed to integrate those with disabilities into society on Sunday, and spent time touring the premises and meeting with workers.

Queen Rania also chatted with children receiving treatment at Our Lady of Peace Centre, and joined in activities with kids and their mothers. 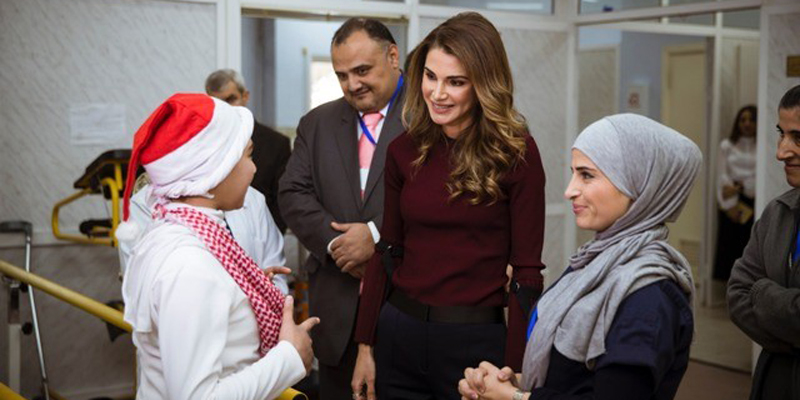 The royal later shared an image from her visit with her 3.9 million Instagram followers, showing her surrounded by children in festive hats.

“Earlier today at Our Lady of Peace Centre, which supports people with disabilities in Jordan; grateful for their noble mission,” Her Majesty captioned the shot.

Queen Rania met with the non-profit centre’s directors for a tour, during which volunteers and refugee families working at the centre helped inform the royal about the services and programmes available.

The Queen’s visit came shortly after she reacted to President Trump’s inflammatory decision to move the US embassy from Tel Aviv to Jerusalem.

“No political decision can ever undermine the sanctity of Jerusalem and what it means to millions of Arabs, Muslims and Christians around the world,” Queen Rania Al-Abdullah posted on Twitter shortly after the decision was public last Wednesday.

“Today Jordanians stood united in solidarity with ⁦Jerusalem ⁩and its Arab identity. A stand that emphasised the strong connection between the Jordanians and the Palestinian cause.”

The royal also shared a short clip of doves flying over the Holy City over the weekend.

Read:
Why this traditional Emirati performance needs urgent protection
Ellen DeGeneres is sending more than 400 people on a luxury trip to Dubai

“Jerusalem, the holy city and the beating heart of Arab identity,” HRH captioned the video, along with the hashtag #Peace.