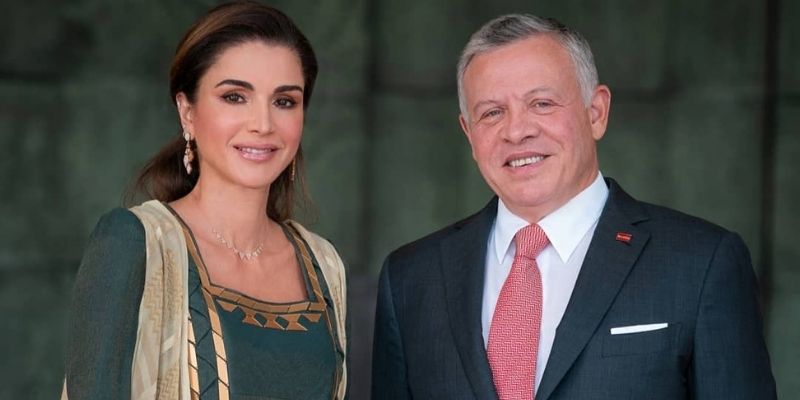 Earlier this month, King Abdullah II of Jordan had to undergo surgery “urgently” in Germany.

To update their loyal fan base, Queen Rania shared a photo on Instagram of the couple smiling at the Frankfurt hospital, where the monarch had been admitted for the last few days.

The caption for the post said, “Grateful for the successful surgery of His Majesty, the dearest person to my heart. Many thanks to all Jordanians who sent their warm wishes for His Majesty’s swift recovery and return.”

In an official statement released by the Royal Hashemite Court (rhc.jo), it was revealed His Majesty has been flown to Germany in order to treat a “thoracic herniated disc”. The sudden cause for the surgery was extreme physical activities from military duties that were getting worse in recent months and eventually led to severe back pain and difficulty moving.

The Emergency surgery took place on Tuesday, April 12, 2022, and as per the Palace, the doctors have advised that King Abdullah “would still spend a rest period in the specialized hospital where he had been operated on.”

Prior to travelling for the surgery, King Abdullah attended a Friday prayer with his son, Crown Prince Hussein, during Ramadan at the Royal Guards Mosque in Aqaba. He also hosted an iftar for Jordanian orphans with his wife Queen Rania.

The couple has been married since 1993, with Queen Rania continuing to be a strong support system, especially during this time for King Abdullah and vice versa.