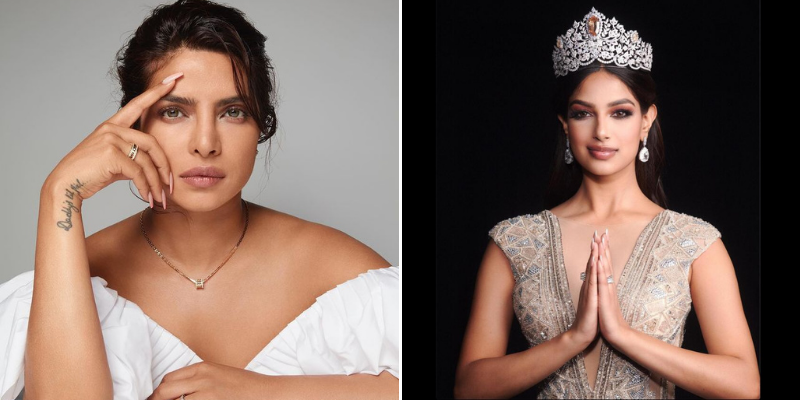 Priyanka Chopra Jonas has shared a public congratulations to Harnaaz Sandhu, Miss India, who was titled Miss Universe 2021 on Sunday.

Harnaaz became the first Miss India to win the pageant in 21 years after Lara Dutta took home the crown in 2000.

Taking to social media, Priyanka shared a clip of the moment Miss India was crowned the winner of Miss Universe, also adding a congratulatory message.

“And the new Miss Universe it is… Miss India,” she said. “Congratulations [Harnaaz]… bringing the crown home after 21 years.”

Priyanka, who is married to Nick Jonas, was previously crowned the winner of a similar title, Miss World, in 2000.

At the time, Priyanka was 18-years-old and it was also the 50th anniversary of the beauty pageant.

The former Miss World winner went on to forge an incredibly successful career for herself in both Bollywood and Hollywood and has become a household name worldwide.

Following her crowning as Miss Universe, Harnaaz, 21, shared a carousel of photos of herself thanking everyone for their support.

“We did it,” she captioned the post. “I said in my final answer, that I believed in myself and that’s why I was on that stage. I also want to mention a few people who believed in me too.”