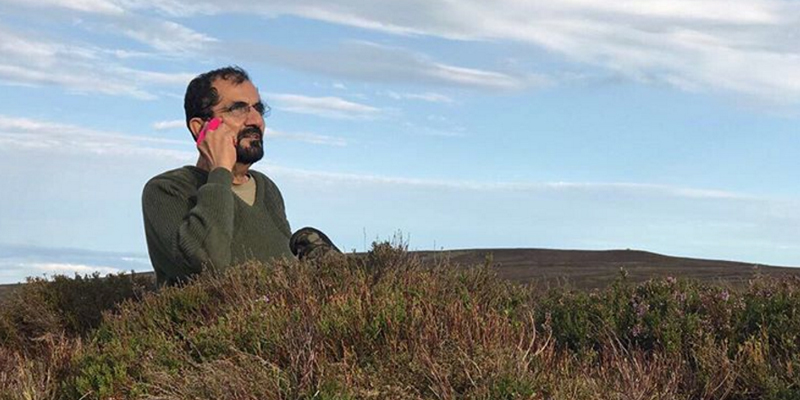 Say hello to some of our new favourite photos of HH Sheikh Mohammed.

It was just last week that we nostalgically rounded up the best throwback photos of the ruler of Dubai and the Vice-President and Prime Minister of the UAE.

However we’ve got some new last-minute entries to that list.

While they’re not historic photos, some recent images of HH Sheikh Mohammed bin Rashid Al Maktoum have zoomed into our top 10 pictures ever taken of the royal.

Read:
This Dubai ‘burb has just been confirmed as one of the world’s coolest
Our favourite throwback photos of HH Sheikh Mohammed

HRH Princess Haya gave a glimpse into the royal family’s photo album this weekend, sharing a snapshot of HH Sheikh Mohammed shooting in the countryside.

It’s not known exactly when or where the images were taken, but if we had to hazard a guess, it looks like some rolling hills in the UK to us.

Princess Haya also shared an image of the ruler with their daughter, 9-year-old Al Jalila.

Sheikh Mohammed also shared a portrait of his youngest daughter over the weekend, showing the sheikha (who’s a keen equestrian like her parents) bonding with a horse.

Last week, the ruler also posted an image of himself surrounded by younger members of his family.

With the summer holidays drawing to a close, it looks like the royals have been enjoying their last free days of family time before school starts up again.

A glimpse into family life aside, Sheikh Mohammed was also busy reflecting on the UAE’s future over the weekend, following the release of a report which placed the UAE as the third most capable nation in managing economic and technological change.

“The private sector in the UAE is the first in the world in terms of readiness to change and keep updated on events around it,” the ruler said on Twitter.

A new report has placed the UAE as the third most capable nation in managing economic and technological change. https://t.co/Z6R67twU0d pic.twitter.com/etraelWRZw

“The UAE is capable of anticipating, adapting to and managing change, a strength underpinned by close public/private sector co-operation.”

Read:
‘The world waits for no one’: Sheikh Mohammed’s life lessons
Five liquid eyeliners that last all day (even in summer)

In the mood for more wise words from the Vice President? Then check out this round-up of his greatest life lessons…