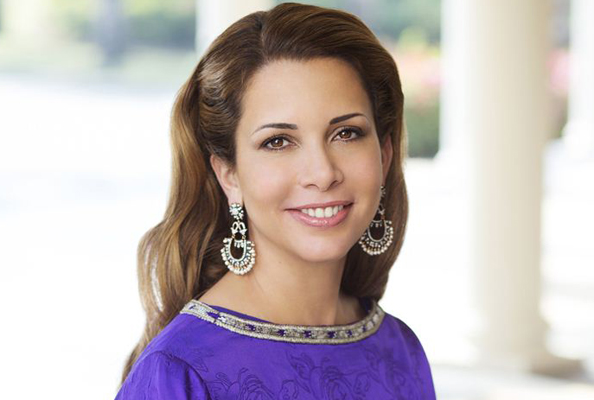 The philanthropic royal, along with HH Sheikh Mohammed, is on a mission to help South Sudanese refugees…

She has described the situation in South Sudan as “a conflict that continues with no resolution in sight“, but HRH Princess Haya bint Al Hussein is trying to ease some suffering with her latest initiative.

The royal, along with her husband HH Sheikh Mohammed Bin Rashid Al Maktoum, Vice President and Prime Minister of the UAE and Ruler of Dubai, has organised for Dhs1.68 million of aid to be flown to refugees from the war-stricken African nation.

Read:
Queen Rania: ‘We Need To Stop Thinking Of Refugees As A Problem’
Princess Haya Makes Heartfelt Plea For South Sudan: ‘We All Need To Act Now’

Among the items flown out are 10,000 kitchen sets, 4,000 solar lanterns, and 500 plastic sheets, destined to provide support for the 830,000 South Sudanese people who have fled violence by fleeing across the border.

Tragically, over 62 per cent of the refugees arriving into Uganda are children.

The United Nations has previously warned that Uganda is at “breaking point”, with at least 2,000 refugees pouring into the country each day, escaping war and famine.

This isn’t the first relief the Emirates has sent to refugees in Uganda either – the UAE government sent more than 100 tonnes of emergency aid to camps in 2016.

“I have seen a lot of suffering in my role as a UN Messenger of Peace with a focus on hunger and extreme poverty, but Gambella was a new experience,” HRH wrote on LinkedIn.

“Despite the best efforts of dedicated UN workers, NGOs and the Government of Ethiopia, the camp was overwhelmed by the unending stream of desperate, hungry people. It was a muddy hellhole.

“I will never forget one mother I met – a proud woman, who had walked with her children for days to reach the relative safety of Gambella. She had no idea where her husband was, or even whether he was still alive. He had been swept up in the conflict that remains the root cause of her country’s descent into chaos.

“The 100,000 South Sudanese who struggle to survive beyond the brink, in the famine zone, are the most unlucky of all. The sad reality is, it may too late to save many of them. But it is not to late to pull others back from the brink.”

This isn’t the first time the philanthropic royals have devoted resources to a worthy cause.

Princess Haya personally supervised the delivery of Dhs1.29 million worth of aid to Haiti, after the country was devastated by a deadly tropical cyclone in October.