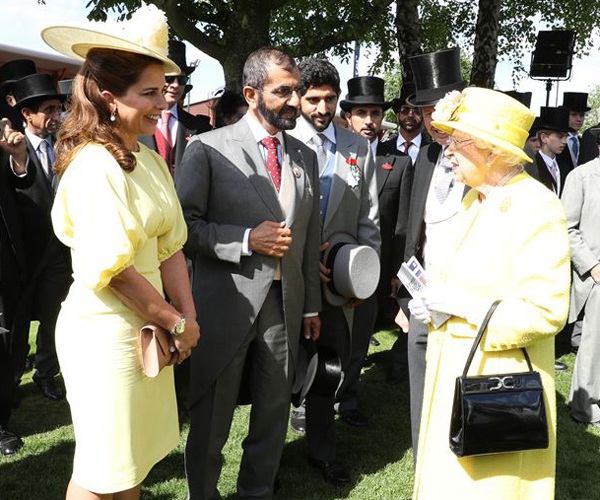 HRH and the British monarch both chose sunny hues as they both attended the UK’s Epsom Derby over the weekend.

It was just last month that HH Sheikh Mohammed bin Rashid Al Maktoum shared a joke with HM Queen Elizabeth II on the trackside, and now the royals have further cemented their friendship.

The British monarch and the Vice-President and Prime Minister of the UAE and Ruler of Dubai both attended the Epsom Derby in the UK over the weekend, and enjoyed another chat between the action on the track.

Joined by HRH Princess Haya bint Al Hussein, the trio seemed to share another giggle while surrounded by racegoers. 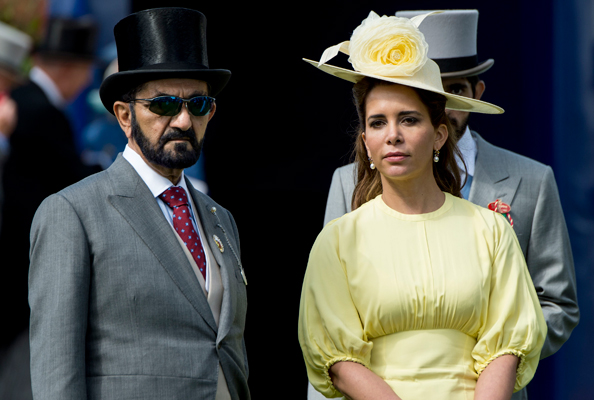 Read:
Let Queen Rania Inspire Your Ramadan Wardrobe With These 10 Standout Looks…
Princess Haya Pays Tribute To One Of The ‘Greatest Queens’ Of All Time

HRH and Her Majesty both stood out from the crowd in vibrant yellows, while Princess Haya topped her look off with a delicate floral headpiece.

Sheikh Mohammed, along with Crown Prince Sheikh Hamdan bin Mohammed bin Rashid Al Maktoum, suited up for the occasion, with the pair donning a very debonair top hat and tails. 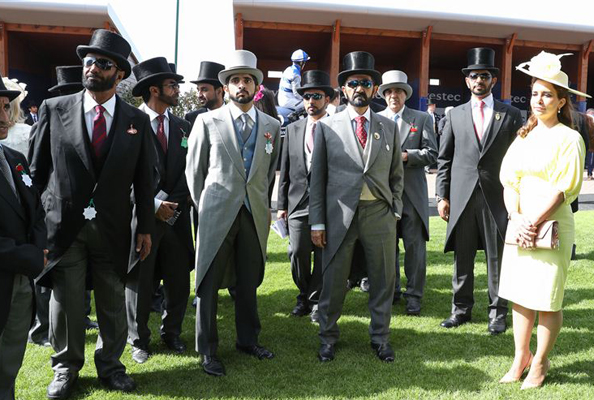 While in conversation with Queen Elizabeth II, Sheikh Mohammed expressed the “UAE’s keenness to participate in equestrian activities in the UK”, according to Dubai Media Office.

The duo also discussed the “strong bilateral ties between the UAE and the United Kingdom” as well as the two nations’ “historic friendship”.

This isn’t the first time HH Sheikh Mohammed and Queen Elizabeth II have shared an encounter – as keen equestrians, they’ve often crossed paths at prominent races, such as Royal Ascot. 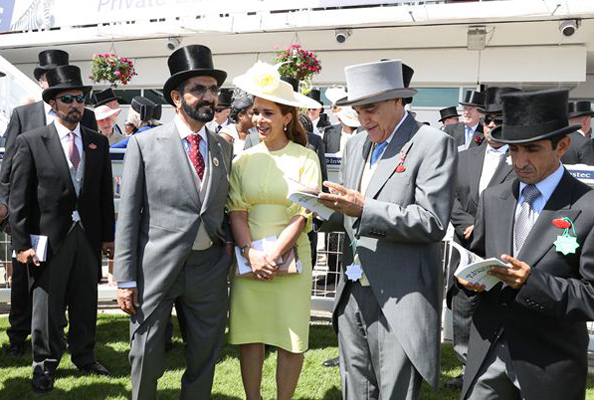 “Her Majesty Queen Elizabeth II is the world’s longest reigning monarch, but it is not the duration of her reign that sets Her Majesty far ahead and apart from others, it is the fact that Her Majesty has reigned through times of both incredible change and turbulence, never failing to meet every challenge and adversity with unwavering energy and complete selflessness,” HRH wrote.

“She is in herself the personification of goodness, faith and values in our world.”

Chats with the Queen aside, the royals also enjoyed the action on the track, with Sheikh Hamdan even taking away a trophy on the day. 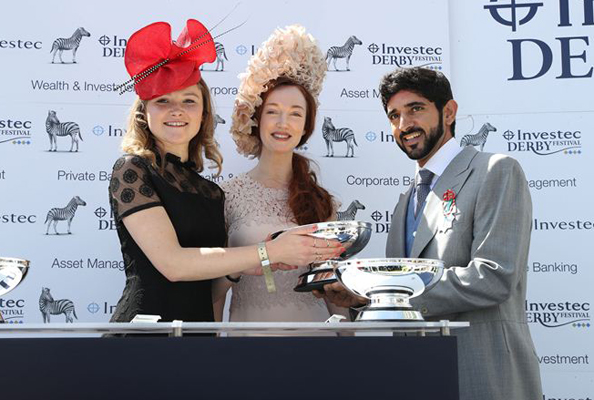 The filly is trained at Godolphin, the Maktoum family’s private thoroughbred horseracing stables, with branches spread across the world.

Royal Ascot is scheduled for later this month, so will Sheikh Mohammed and Princess Haya be there? We’ll be sure to let you know if so…