Princess Diana’s Dresses To Be Auctioned 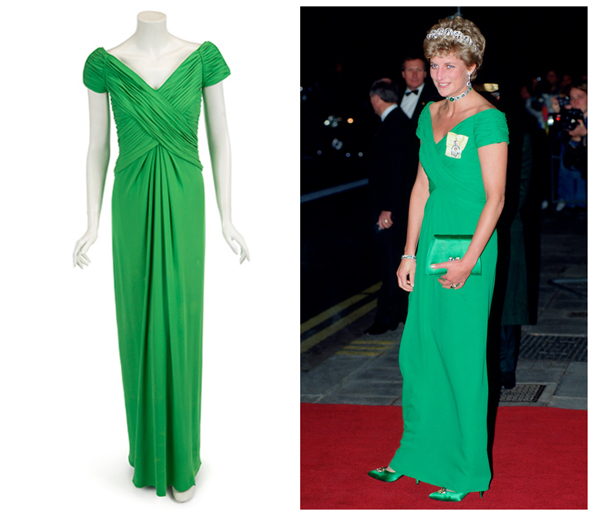 Famous dresses from Princess Diana’s wardrobe are set to be auctioned in Beverley Hills this December.

Despite selling the dresses herself at a charity auction in 1997, Princess Diana‘s precious wears are going under the hammer again – and this time they’re expected to fetch between US$60,000 and US$100,000.

The previous sale took place just one month before Diana was tragically killed in a car crash at just 36. A handwritten letter from her at the time read: “The inspiration for this wonderful sale comes from just one person… our son William.” The winners, who have always remained anonymous, have decided to part with the collectables as part of a sale with Julien’s Auctions in Beverley Hills.

The late Catherine Walker, who was not only Diana’s personal designer but also her close friend, designed most of the dresses. Their relationship spanned 16 years until Diana’s death, and during that time Catherine designed over 1,000 dresses for the princess, many of which have become iconic. 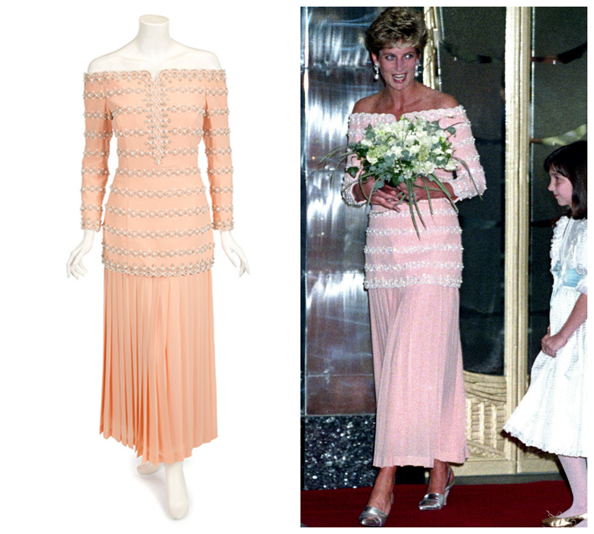 A stunning blush pink gown that Diana wore to the opening of the Savoy Theatre is one of the most famous dresses of the collection, and is expected to go for US$60,000 to US$80,000. An emerald green full-length dress is also expected to attract a lot of interest. The only dress in the collection that wasn’t designed by Catherine Walker is a white evening gown by Zandra Rhodes. Diana wore the dress, which was once displayed in Kensington Palace, to a charity gala in 1987.

Other royal memorabilia going under the hammer includes a slice of William and Kate’s wedding cake, which has gone for as much as Dhs15,622 in the past. The cake is presented in a gold and white tin, inscribed with “William & Catherine, 29th April 2014.”

The sale comes amidst another telling time for the British royals, as their former press secretary Dickie Arbiter has written a book revealing family secrets. On Duty With The Queen: My Time As A Buckingham Palace Press Officer details Dickie’s 12 years working for the monarchy, including the breakdown of three marriages.