Pokémon GO: The Only Fitness Game You’ll Ever Need Forget Couch to 5k, ever heard about Pokémon GO?

While not strictly a fitness app – well, not a fitness app at all – Pokémon GO, while still in its infancy (it was released on July 6) is getting people in better shape, becoming an unassuming fitness craze.

The app has absolutely taken the world by storm, and according to mobile app analytics site SimilarWeb, Pokémon GO is currently installed on 5.16 per cent of all Android phones in the US. FYI, it’s also available on iPhone.

The game allows you to chase fantasy creatures, aka Pokémon, around the city (literally chase) – so that you can capture them and train them.

Said Pokémon are then used to attack and take over ‘gyms’ stationed around the city, so you can crown yourself as leader of a certain location. Oh, and you actually have to travel to the gym in order to claim it.

One feature of the game is eggs, which are picked up randomly while playing. In order to hatch the eggs, and receive the Pokémon inside, the game actually requires you to walk or run a certain distance. Cheating isn’t possible either, as any speed above 20 kilometres per hour won’t be tracked.

While the app isn’t yet available to download in the UAE, visitors with the app have been hotfooting across the emirate, from the Burj Khalifa to the Marina, to hatch their eggs and take over ‘gyms’. The region has never been so fit, but it’s not just Pokémon GO gamers in the UAE getting active, it’s happening across the globe.

Read: 6 Fitness Apps Everyone Should Have

Read: 15 Apps & Services To Make Your Life Easier In The UAE

America’s First Lady Michelle Obama has desperately been trying to tackle childhood obesity for some time now, working with celebrities to help raise awareness in her Let’s Move initiative. Who knew that all she really needed to be successful in this movement was to use a phone app game to get kids off their seats, getting active and getting fit.

Still not convinced video games are the key to fitness? Here’s what some players had to say… 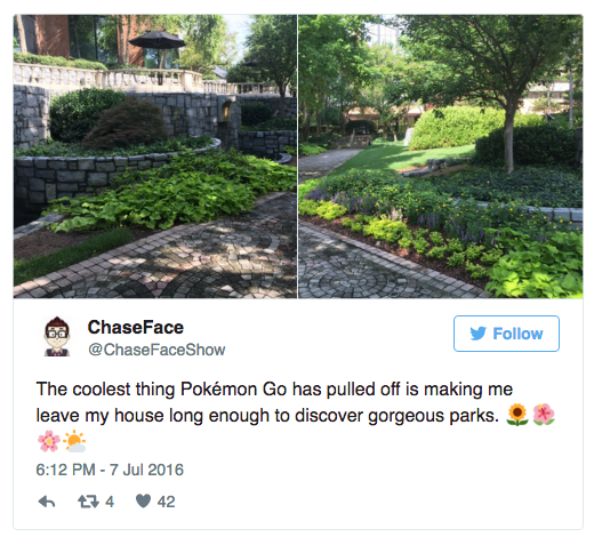 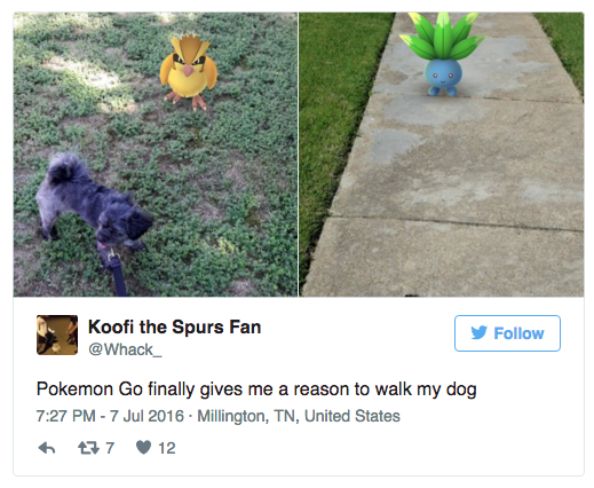 In a city where most are forced to drive due to the heat, it can be hard to hit the recommended 10,000 steps per day target.

Pokémon GO is giving people a whole different reason to get themselves out of the house.

Even if it’s not your cup of tea, it could serve as the perfect solution for a child who may spend a little too long glued to the TV.

Be warned though, it can get a little addictive…