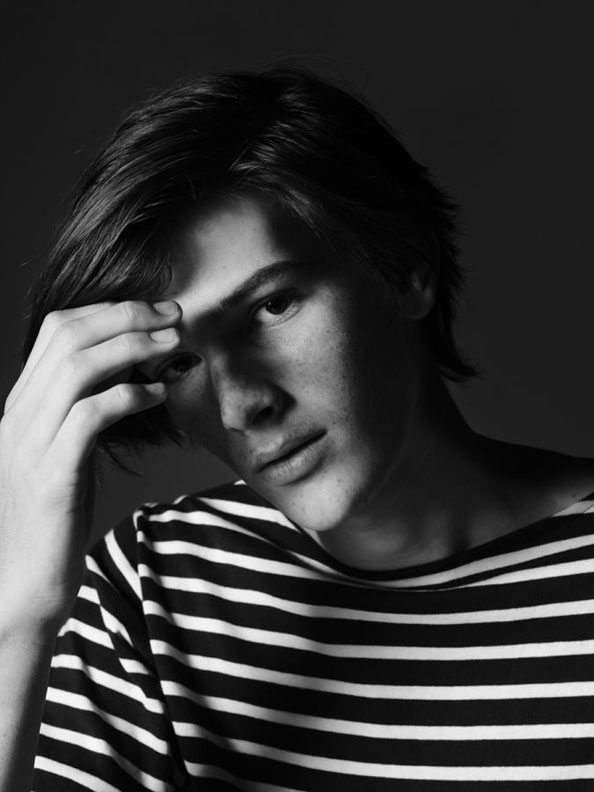 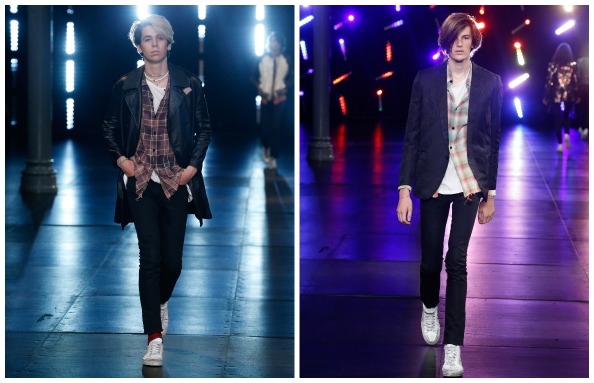 The two Hollywood greats were both emotional with pride as their teenage sons took to the catwalk for their fashion debut after being spotted by the brand’s designer Hedi Slimane.

It is reported that Dylan Brosnan, 18, was approached by the French designer and photographer while on holiday chilling at a beach. Hedi was completely unaware that he was scouting the son of a silver screen star. 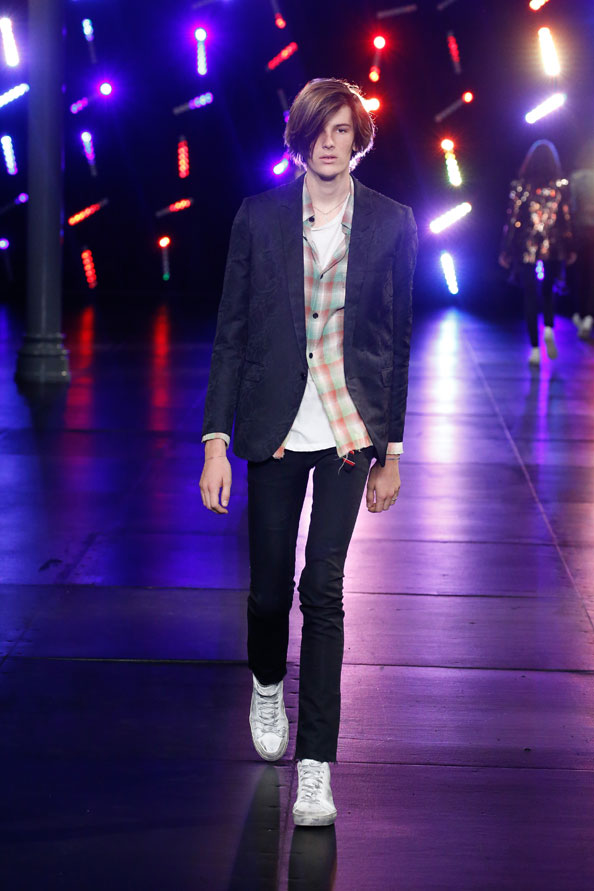 Both Pierce and his wife Keely attended the Paris show to support their son, with 62-year-old dad even sharing a picture, taken by his wife, on his Instagram account saying: “Dylan Brosnan in Paris ion the runway for Saint Laurent. Photo by proud mama @keelyshayebrosnan.” 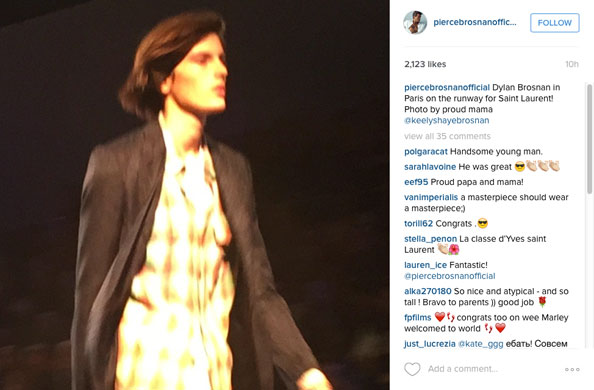 After the Saint Laurent runway show, Pierce said to the press: “It is a proud moment. We’re here to see our son on the runway. To support him. He’s not modeled before, and Hedi (Slimane) just discovered him at a juice bar coffee shop in Malibu.”

Meanwhile, acting legend Gary Oldman was more nervous about his son who, while only 16, looked confident on the catwalk. Gary said: “I’m a little nervous for Charlie. The Yves Saint Laurent house is such a tradition … It’s great that he, in a small way, can be part of it.” 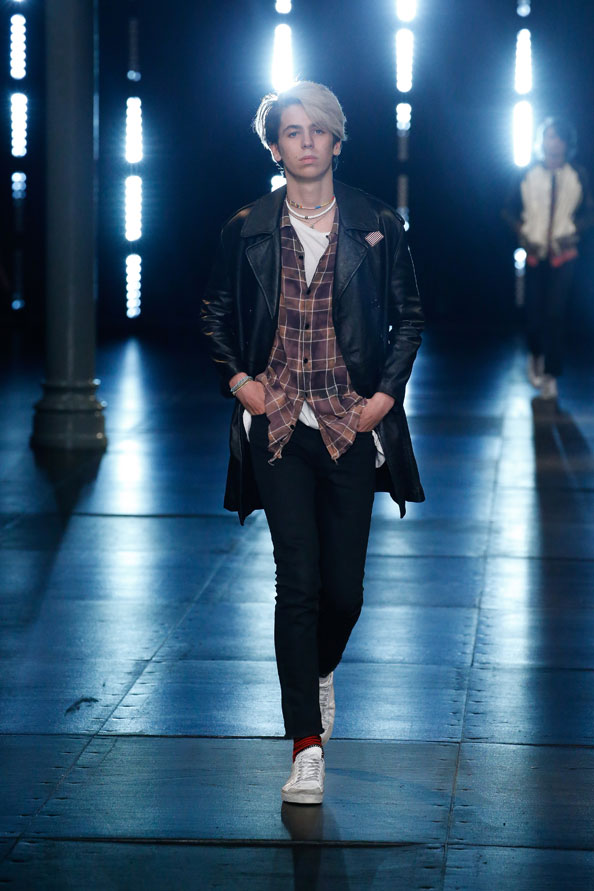 The Saint Laurent show was one that capture everyone’s attention. Models entered the runway on a conveyor belt as rainbow lights created an exciting disco vibe. The show soundtrack was specially curated by Cole and Max Becker and recorded by the band Swimmers in Oakland, California. The clothes were an eclectic mix from 1960s Woodstock-inspired shabby chic to ostentatious prints and vibrant accessories – not a collection for wallflowers. 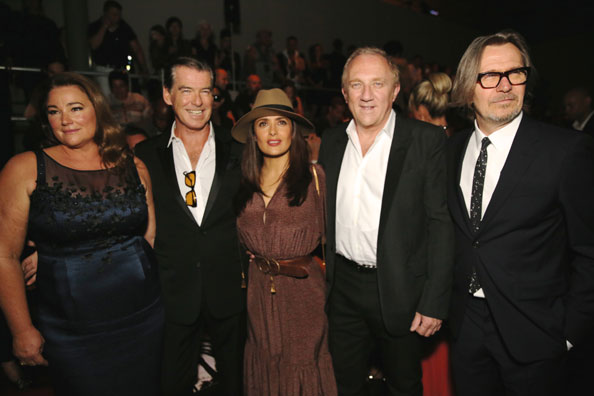