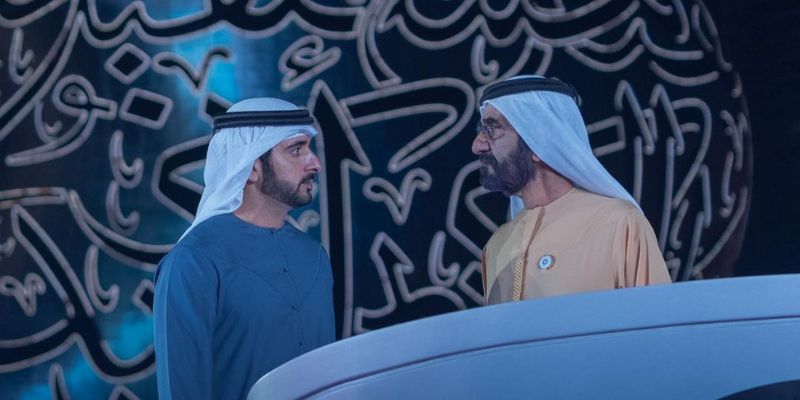 On 22/2/2022 a special inauguration of the Museum of the Future took place.

Followed by this awe-inspiring occasion, Dubai’s Crown Prince praised his father and his vision for the future of Dubai and the UAE.

Sheikh Hamdan shared a series of noteworthy and touching photos to Instagram from the opening, several of which were of His Highness with his father, Sheikh Mohammed.

He captioned the post saying: “Your dream is what turned our future into a promising reality.”

After seven years of dedication, this astounding project came to life and is nothing less than a praise-worthy moment for the leaders who spearheaded this structure.

Known for his exceptional vision and foresight, Sheikh Mohammed has taken the country to unimaginable heights which Fazza undoubtedly looks up to.

By achieving the impossible and creating innovations for the future, his leadership qualities have resulted in a radical transformation in a short span of time. From the world’s tallest building, the Burj Khalifa to the Museum of the Future, the innovative structures have been endless, with more projects in the pipeline.