In pictures: Malala Yousafzai gets married in a ‘small ceremony’ in the UK 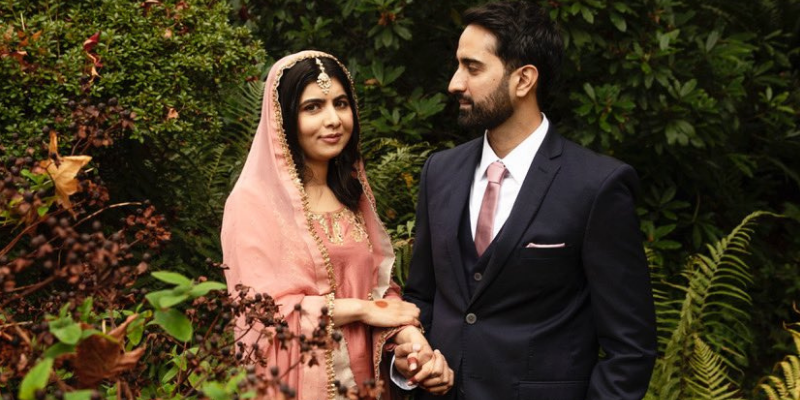 The 24-year-old announced she had wed her new husband, Asser, on the social media platform on Tuesday.

Sharing photos on Twitter, Malala said the pair had married in Birmingham, UK in a “small ceremony”.

“Today marks a precious day in my life. Asser and I tied the knot to be partners for life,” she said.“We celebrated a small nikkah ceremony at home in Birmingham with our families.

“Please send us your prayers. We are excited to walk together for the journey ahead.”

Malala shared four photos from her wedding, two of which were of her and her new husband together, one of them signing their marriage papers and the other with Malala’s parents.

No other details are known of the activist’s new husband.

Malala rose to global prominence in 2012 after being shot in the head by Taliban gunmen as she boarded her school bus in northwest Pakistan.

She first became a target for the regime after defying a ban issued in 2009 forbidding girls to go to school and penning an anonymous blog for the BBC highlighting life under Taliban rule with a personal emphasis on women’s right to education.