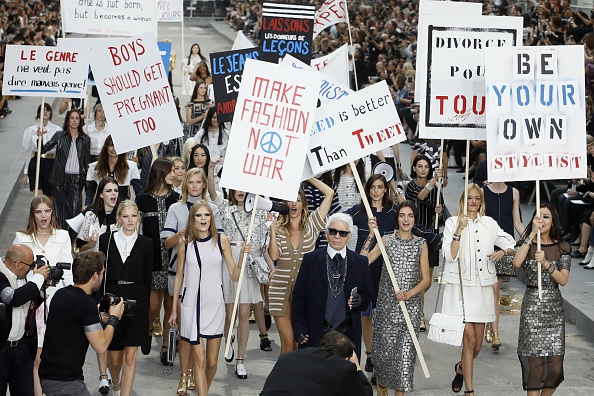 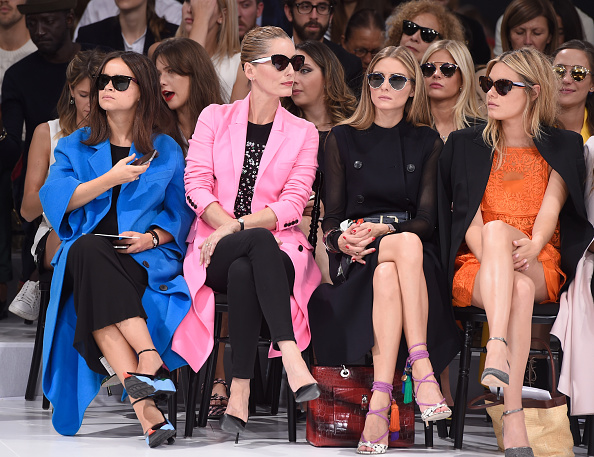 No fashionable love affair would be complete without a stroll along the Seine. Over the past week Paris has hosted the fashion elite for the fin d’amour for spring summer 2015’s fashion collections. From 50 shades of Kimye to 50 croissants, Paris Fashion Week included an eclectic mix of entertainment and fashion, from burkha prints to skate parks and celebrity pranks.  Here’s our pick of the shows and trends we fell in love with during Paris Fashion Week… 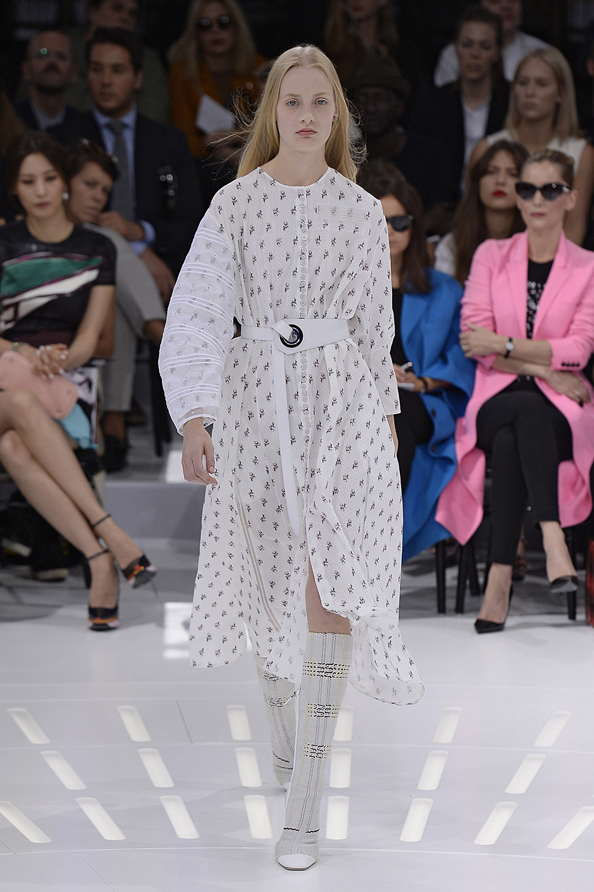 Environmental and political messages were woven into the week, with Hussein Chalayan’s dresses depicting burka clad women and Kenzo’s backstage message “Kenzo would like to remind you that there is no Planet B. Protect what’s precious,” which was broadcast in several languages into the skate park where the show was held.

The most surprising political rally came courtesy of Karl Lagerfeld’s models staging a faux riot on the Boulevard Chanel declaring “Tweed is better than tweet” and “Make fashion not war” to the soundtrack of Whitney Houston classics, while carrying bags with faux political slogans. There was certainly tweed, suits, colourful shirts and Gisele wearing a striped cardigan with matching booties! 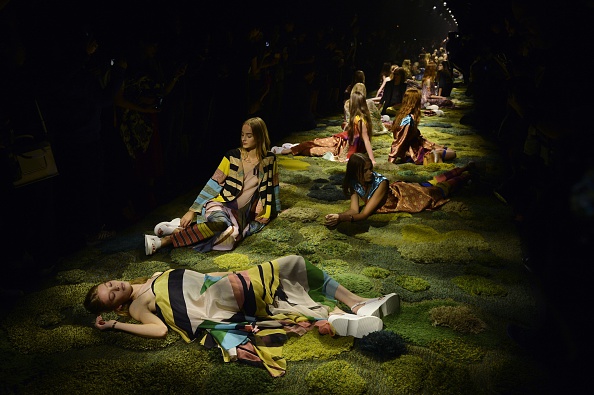 Sonia Rykiel and Balmain’s collections exuded sassiness with models  sent down the runway in grid and stripe effect dresses and skirts, which left little to the imagination. World McQueen turned the heat up by creating a fierce army that was part Geisha, part Samurai, wearing laser-cut leather harnesses and black face masks, softened by organza flower skirts and silk jacquard tunics.

The 70s, once again, was a big influence from long coats paired with tiny shorts or trousers, as shown at Sonia Rykiel, Stella  McCartney and Giambattista Valli, while oversized clothing  was on-trend at Kenzo.

The mid-calf skirt is a wardrobe must-have, grab yours from Mouret, Celine, or Commes des Garcons. 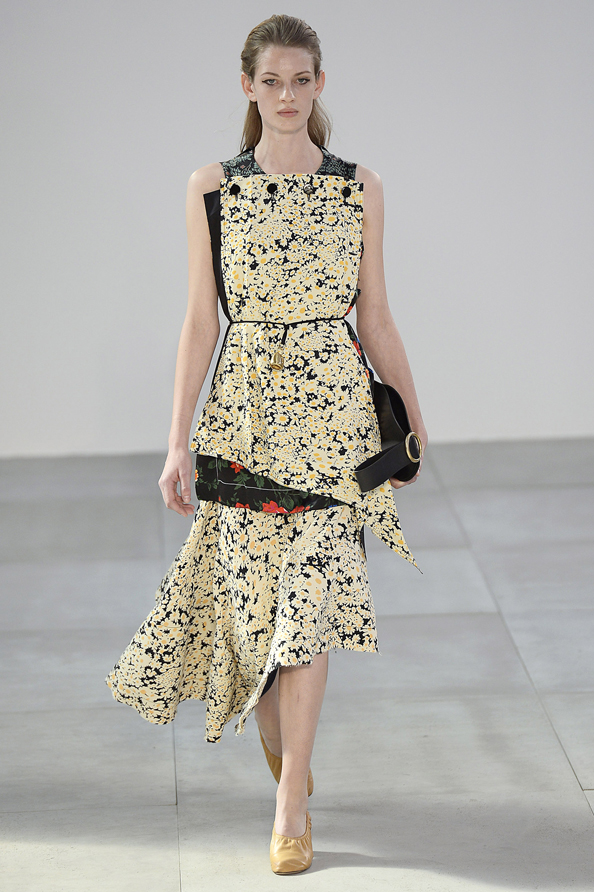 If you’re feeling risqué opt for short skirts from Saint Laurent, and accessorise with sequins, turbans and platforms for a rock n’ roll look.

Slits and peekaboo holes will keep you in shape as showcased at Celine and McCartney, as will the sporty looks from Carven, Acne Viktor and Rolf.

If you’re feeling body-brave the transparent effect, as seen at Balmain, will certainly evoke amour.

The hues for the seasons are light and breezy or popping, as shown at Acne and Carven, with floral or graphics prints reigning supreme. MODEL(S) OF THE WEEK

No fashion week runway has been complete without Kendall Jenner and this continued at Paris, from Balmain to Givenchy and Rykiel. KJ’s Paris debut was flawless. Karlie Kloss, Rosie Huntington-Whitely, Jourdan Dunn and Kendall Jenner all walked for Balmain. While Gisele appeared on the Boulevard Chanel with fellow protestors.

The journalists were in love with Kanye West and the entire Kardashian clan.  From Balmain to Balenciaga, Kim and Kanye whipped Paris into a storm. Narrowly escaping being pushed to the floor by Vitalii Sediuk on the way to the Balmain show, baby North experienced her first show wearing Kanye’s label, Yeezus. 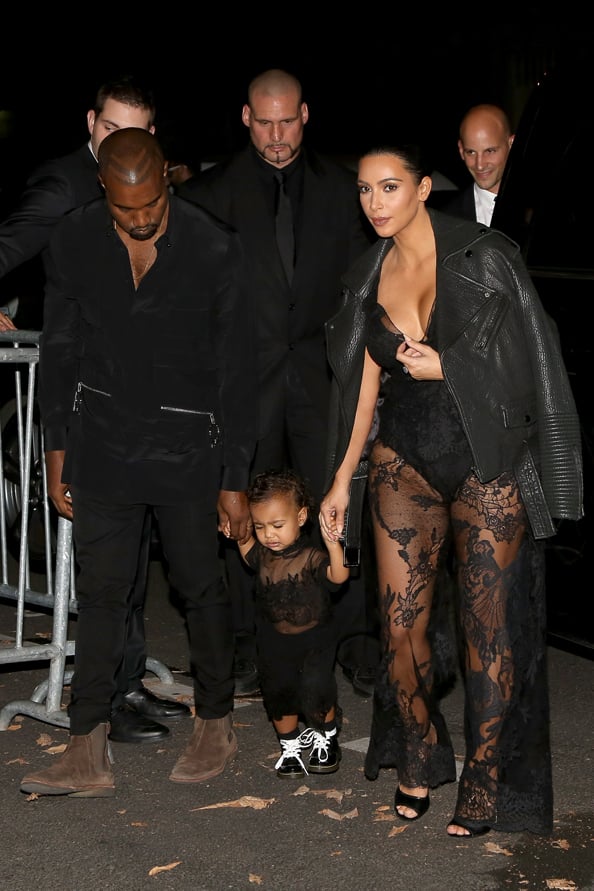 Emma Ferrer, the granddaughter of Audrey Hepburn turned heads at Lanvin (when everyone could look away from Kimye). 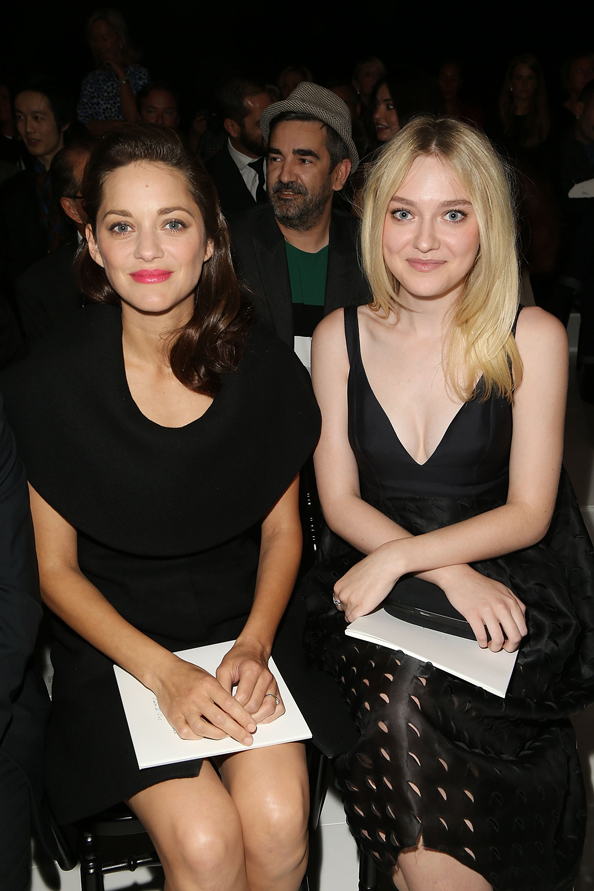 The Kardashian clan partied the night away at Balmain.