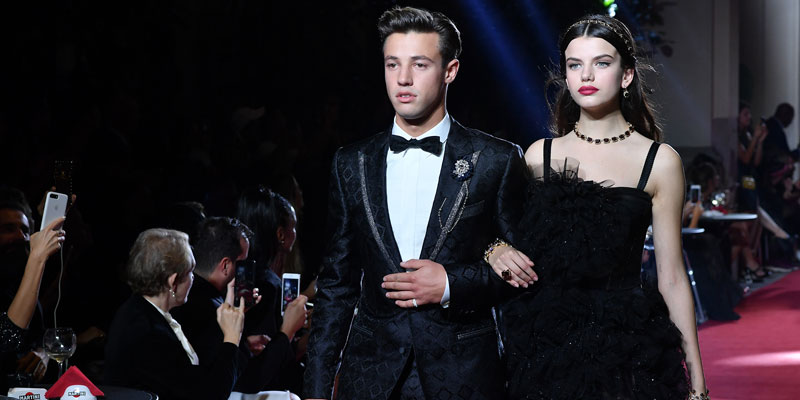 Maybe we’re biased, but these gals gave us some serious MFW highlights…

We’ll take any excuse to celebrate models from this part of the world, but over at Milan Fashion Week, they were making it particularly easy on us. From big names like those ever-present Hadids to emerging talent, the Italian fashion fest played host to a number of our favourites from the MENA region.

Please join us for a quick look at the week’s best showings. There’s got to be something in the water around here that makes for truly gorgeous people. (PS – wondering where Halima Aden is? We’ve discussed that over here. She gets her own story.)

READ:
Our favourite models of the region
Halima Aden made her mark at Milan Fashion Week

This was an emotional show, coinciding as it did with the 20th anniversary of Gianni Versace’s death. His little sister Donatella went back into the archives in terms of prints and silhouettes, and she was joined on the runway by original supermodels Carla Bruni, Claudia Schiffer, Naomi Campbell, Helena Christensen and Cindy Crawford. It was pretty special.

The show wasn’t just about the past, though. New-generation models also made the runway their own, and those from our part of the world were front and centre.

Finale opening. So much gratitude and love to you @donatella_versace what an incredible tribute to your amazing brother Gianni.. We LOVE you!!!

Almost cried when I put this dress on, you make all my dreams come true @donatella_versace @versace_official @kjeldgaard1 🖤 Closing last night’s show was a huge honor. @pg_dmcasting THANK YOU ALL

She also walked for Moschino. (That’s our new everyday look, by the way. It’ll go down a treat in the office.)

…And for Fendi. We’re thinking she’s one of the big successes of the season. Such a face.

This Tunisian beauty has worked with Dolce & Gabbana before (and fronted a cosmetics campaign for them) but this time around, she starred in their secret runway show on Saturday night. It was themed around millennials, so it makes sense that Ben Ammar walked on the arm of YouTube star Cameron Dallas. Looking sharp, guys.

This Saudi/Pakistani/Australian/Lithuanian stunner did some very solid work on the Milan party circuit, but her appearance on the Alberta Ferretti runway was a dream. We didn’t know we needed a full sequined pyjama set until just now…