Our 15 Favourite Snaps And Videos From Dubai Canal’s Opening 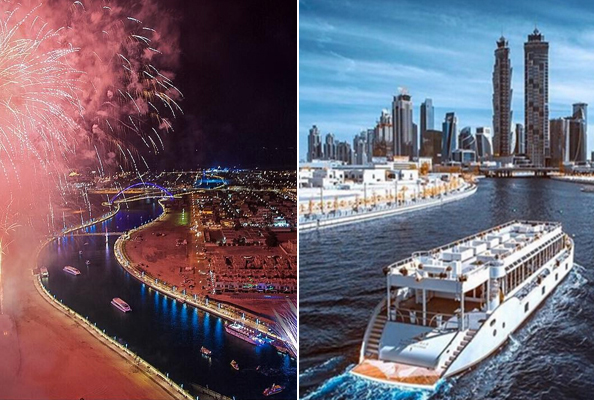 It’s open! The Dubai Canal has officially been inaugurated by HH Sheikh Mohammed bin Rashid Al Maktoum, Vice President of the UAE and Ruler of Dubai.

And to celebrate the finish of the 3.2-kilometre waterway – which has been in development since 2013 – the city put on quite the show.

There was a spectacular fireworks display, royals showed up, and Sheikh Mohammed paid tribute to the epic feat.

The ruler spoke about how in order to sustain the development of the UAE’s economic capabilities, we need to foster innovation, explore new ideas and think outside the box.

“Every achievement and success that we celebrate motivates us to move ahead with confidence, determination and optimism,” he said.

“We are challenging ourselves to generate the best ideas and initiatives. Our progressive way of thinking, ambition and positive energy will bring happiness to the people and prosperity to the nation.”

The celebrations for the official opening of the Dubai Canal started with the national anthem, followed by an aerial show inspired by the UAE’s heritage.

A film titled Dubai Water Canal, The New Face of Dubai was then played, showing the construction of the canal, as well as the three bridges which straddle the man-made waterway.

Of course, there were some rather snap-worthy moments from the extravaganza, so here are some of our favourite social media posts of last night’s grand opening…