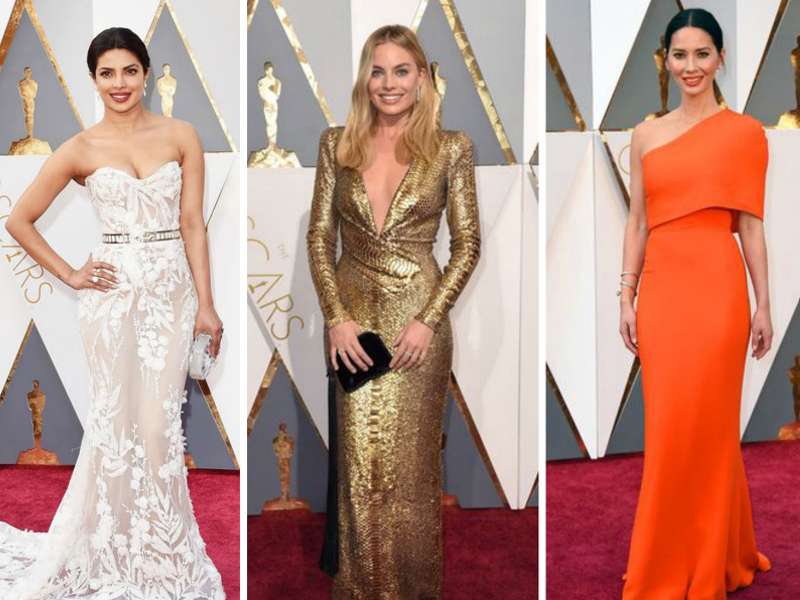 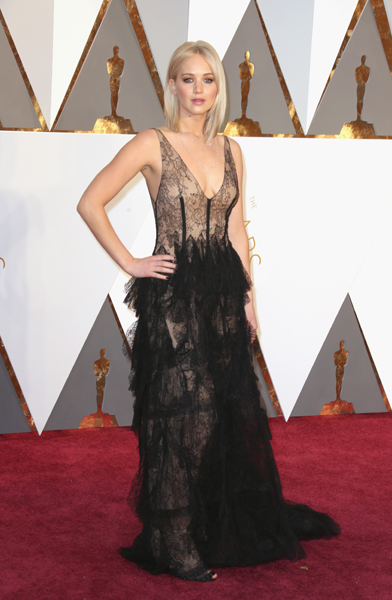 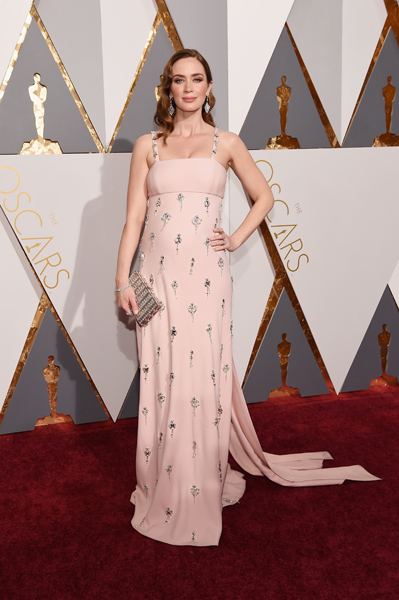 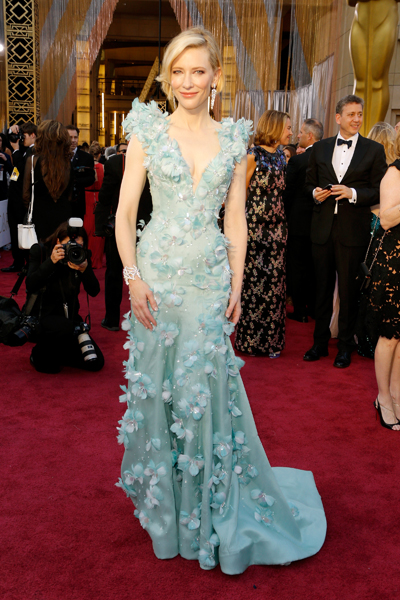 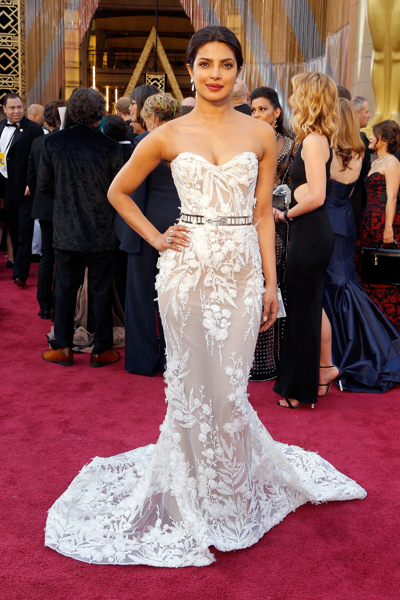 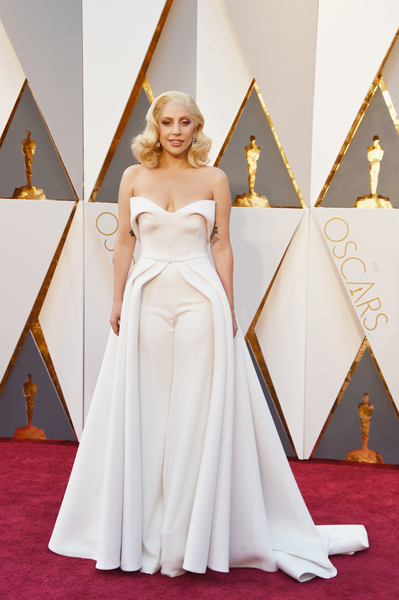 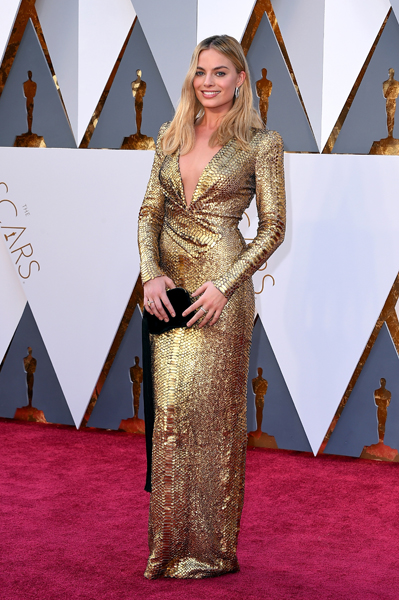 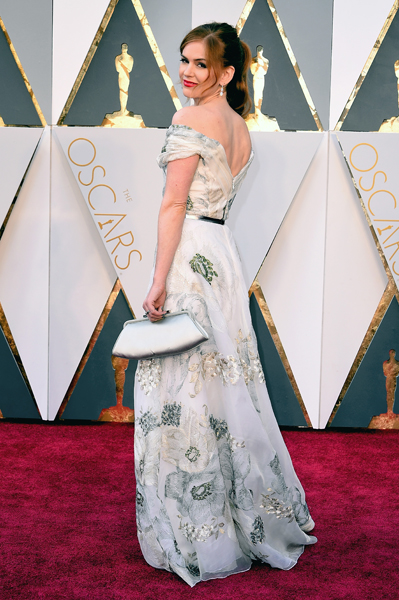 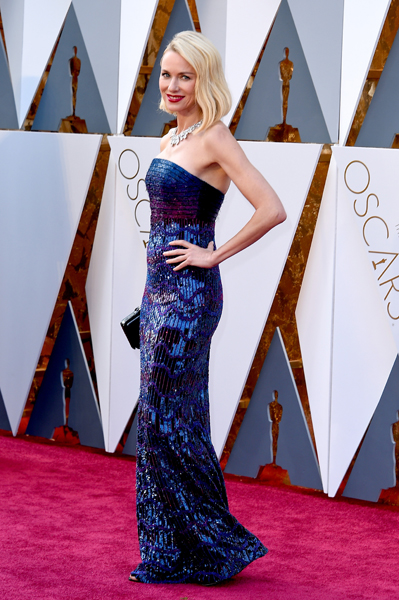 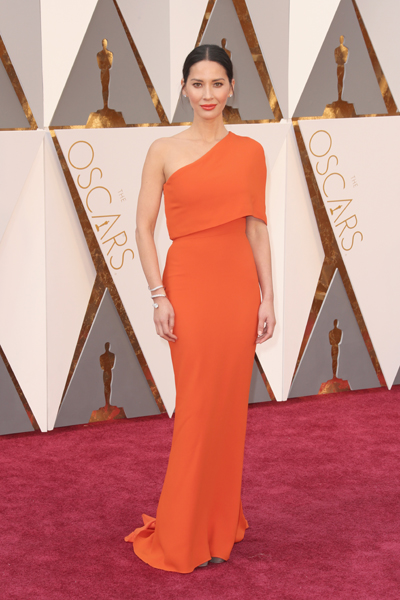 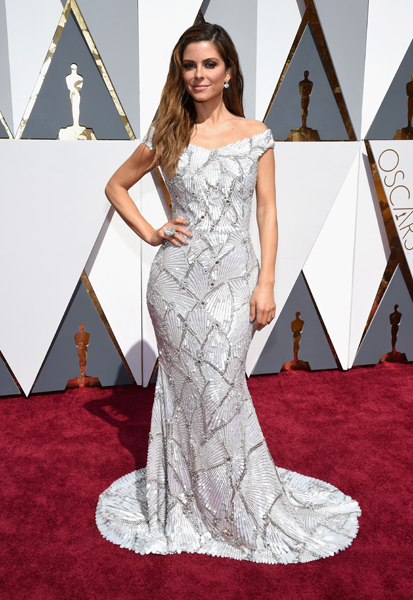 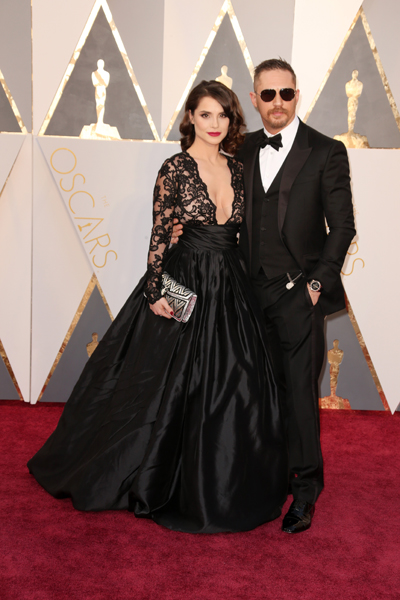 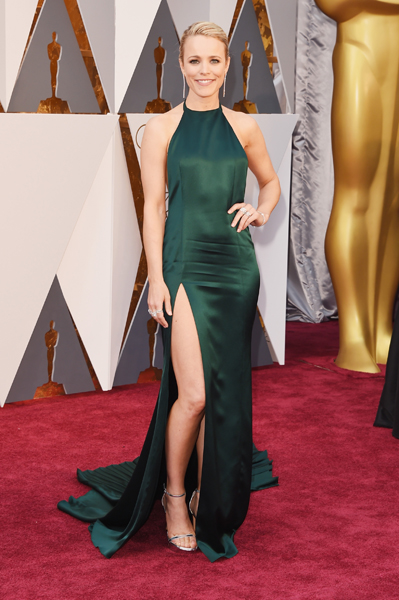 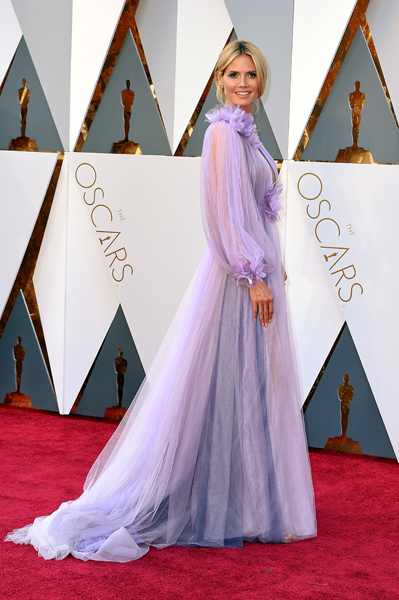 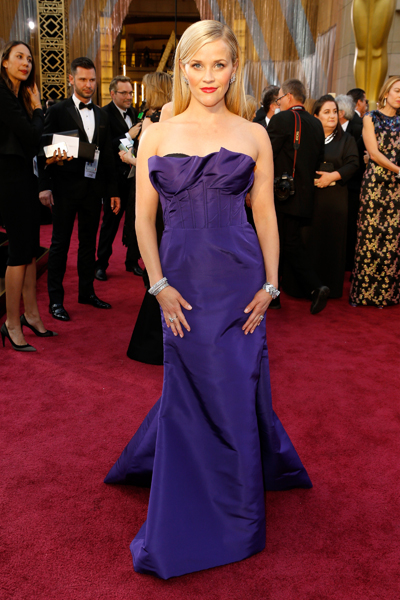 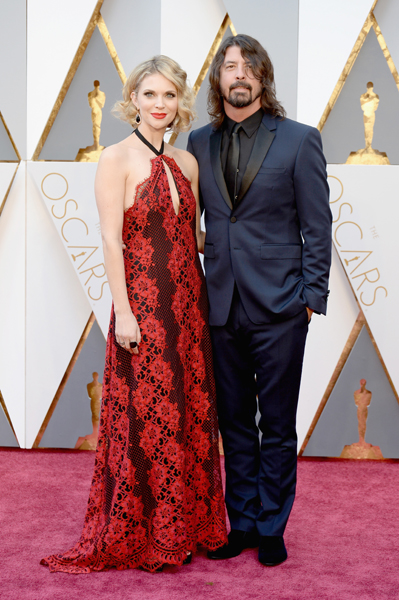 Best: We're seriously loving the new demure Lady Gaga. She nailed it at the Golden Globes and she nails it now in this structured Brandon Maxwell trouser-dress.

Best: If you're not going to win an Oscar you can do your best to look like one a la Margot Robbie in this gorgeous gold Tom Ford gown.

Best: Isla Fisher makes a triumphant return to the best-dressed list thanks to this Marchesa dress and Jimmy Choo shoes combo.

Best: Tangerine isn’t the easiest colour to pull off but Olivia Munn gets its spot on, minimalising the accessories and instead matching her lip colour to the hue of her Stella McCartney dress.

Best: E! anchor Maria Menounos’s dress is a collaboration with Stella Artois, designer Christian Siriano and Water.org to raise awareness and funds for the Buy a Lady a Drink campaign.

Best: English actress Charlotte Riley’s black lace gown caught our attention but we have to admit, it’s her arm candy (husband Tom Hardy) that we can’t take our eyes off.

Worst: Nice colour, but it's a bit blah. This August Getty Atelier dress doesn't hug Rachel McAdams in the right places. It also looks like it needs a good iron.

Worst: Heidi Klum proves that even in a Marchesa gown you can get it so wrong.

Worst: While Reese Witherspoon nails the hue of the season, the Oscar de la Renta gown did little to flatter her petite frame.

Worst: While one of our fave Oscar-nominated stars, Kate Winslet's dress fails to win us over especially with its oh-so 1990s shimmer.

Worst: Dave Grohl's wife, Jordyn Blum, seemed to miss the memo with a dress that was more BBQ at the Hamptons than Oscars red carpet.

It’s the award ceremony of the year – the 88th Academy Awards, better known as the Oscars. While the hot topic within the movie industry is whether Leonardo DiCaprio will finally get his golden statue, the biggest question everyone is asking on the red carpet is: “Who are you wearing?”

From elegant white gowns to show-stopping embellished numbers that have a charity message, Hollywood’s starlets didn’t let us down, razzling and dazzling in a plethora of gorgeous gowns as they strutted along the red carpet outside the Dolby Theatre in Hollywood, California. Of course, there was also the brave few that decided to experiment with their style, and the results weren’t all so successful.

As such, we are very excited to bring you our shortlist of the best, and worst, dressed at the Oscars 2016.