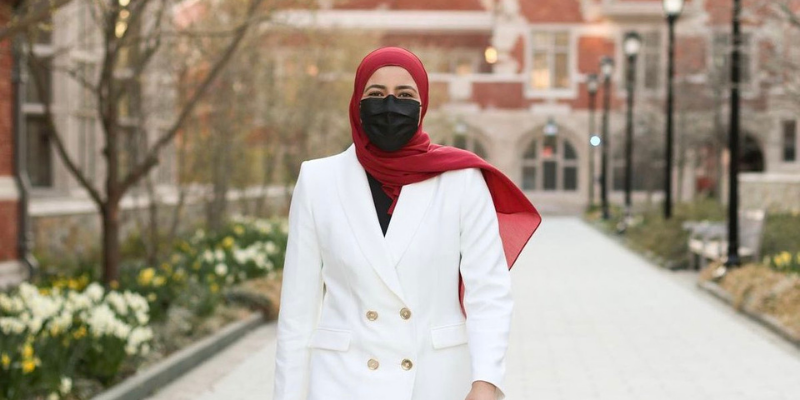 One of the USA’s oldest and most prestigious universities has elected its first Muslim student body president.

Yale University, which is a part of the country’s Ivy League university group, recently held its student body elections and Bayan Galal received the majority vote.

Per the university’s student newspaper Yale Daily News, Galal won 56.4 percent of the vote, which amounted to 1,131 votes.

Galal’s sister, Ayah Galal, who is a reporter for a local news station in Connecticut, USA, also shared the groundbreaking news on her Twitter page citing “glass ceiling shattered”.

“Bayan has made history as Yale’s first Muslim student body president,” she said. “I can’t wait to see the incredible things she accomplishes.”

Meanwhile, Galal herself spoke to local news station WFSB says she was inspired by many people before her who paved the way and she hopes to do the same.

“My goal was to pay that debt forward to future generations by delivering results for the Yale student body.”