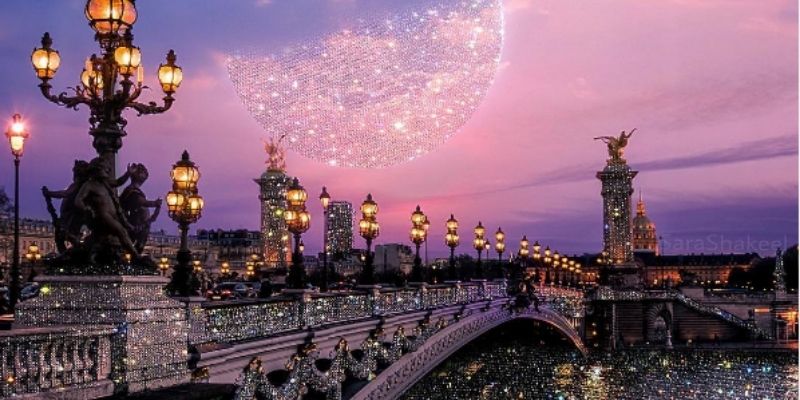 The New Moon Solar Eclipse is in Sagittarius – what does this mean?

As we wake the morning of the eclipse, the moon would have already moved out of the darkness and confinements of the 12th house in Scorpio where the karmic South Node is sitting and into Sagittarius in the first house of self. The total solar eclipse on December 4 is the last of the Gemini-Sagittarius series, finishing a cycle that began back in June 2020.

Mystically, Eclipses are tied through the North and South Nodes to our past lives, karmic paths and souls purpose. They bring to light what has previously been hidden. It also signals that a new you are ready to leave behind any jealousy, spite and obsessive behaviours of the past. We have now found our sense of worth and will be moving forward in a more grounded, non-materialistic way. Watch carefully, it will also reveal hidden enemies but be patient, can you wait another three months for Pisces season for the exposé? You’re now ready to deal with them in a more mature way that won’t ruin your life.

As you know your Sun Sign is the CEO of ego, authority, visibility, recognition and your sense of purpose in the world. A New Moon Solar Eclipse is helping you evolve in ways that you cannot see right now. It will bring new beginnings ahead of 2022 and into the first six months of the New Year.

It’s important to remain positive as you leave behind 2021’s roller coaster. Before the year closes, the old you has questions and will want to know if others are going to accept a remodelled version of you? But ask yourself, “is it really about them?”

Trust that God or the spirit world has your back. In fact, continue to use your spiritual energies in the most expansive way possible. It will serve you well in the future.

This Eclipse asks you to start designing a new path or your projects on the drawing board and not look at the constraints you think you have to work with. Do you have limited funds for expansion? You’re probably going to take a risk anyway.

During this time spend it in a place you feel comfortable in or even at home if you are in a creative mindset. Ideas will coming in like a bolt from above and I see you working furiously. What flows will be a true expression of who you are, instinctual, previously repressed and most importantly, healing. Honour your soul. You don’t need to answer to anyone during this process, just do what you need to do.

Uranus looks to be chopping and changing your work schedule and messing with you but ultimately if you can climb out of bed before the sun rises, I can see you easily getting on top of what you are trying to achieve.

Try to be conservative with money you spend until mid-December as Jupiter is transiting in Sagittarius and gives rise to bigger spending patterns (funny how it arrives this time every year). You won’t want to come up against problems later by throwing the credit card about with the risk-taking Centaur in the picture throwing caution to the wind. With so many planets soon moving in Capricorn (also known as a stellium), you will be looking at your financial life more practically from January. Any money out the door is better spent on technology, health, and even astrology. It’s suggesting you need to get your life in order first before designer outfits.

Surprise pregnancies are also in the air in early 2022 for those who flirted with the idea or spoke of having a child in December.

Men who were simply having a little ‘Christmas Cheer’ should be especially careful. Little spirits are waiting to be reborn! New age parenting may be harder than imagined as some will have to grapple with longer-term issues, outcomes, and continuing patterns of unpredictability. First learn to become enamoured with the beauty and potential of what you can create and what a human life can become with guidance.

It looks like men (within the year) will not want to contribute long term to a short term relationship. The good news is the baby looks to be a blessing in disguise with plenty of love to give if they stick with just one person rather than an argumentative co-parenting situation.

Couples should be wary of inflamed situations at this time. One may be trying to ‘call out the other’ with suspected dishonesty – particularly if hiding behind the guise of work. Secrets will be hard to hide behind thinly veiled excuses. Those that instead choose to take work home with them will find love and trust deepens.

Take a break if you can get away, work schedules will be erratic or even stressful as people are vying to bring in more money and finish the year strongly.

It’s probably time to throw in the towel at work for those who are not seeing eye to eye with the opposite sex or those who always think they’re right. Do you feel you are spending too much time on the computer? It is killing the joy of your job. Greener pastures lie elsewhere with those who are creative, progressive, older or through a word of mouth opportunity. You’d rather expand your mind over the next couple of years and do something more enjoyable. It will fill your coffers don’t worry.

Book a reading for you or a loved one and mention Emirates Woman to receive a 20% discount on astrology or tarot during the festive month of December. thekarmicsoul.com