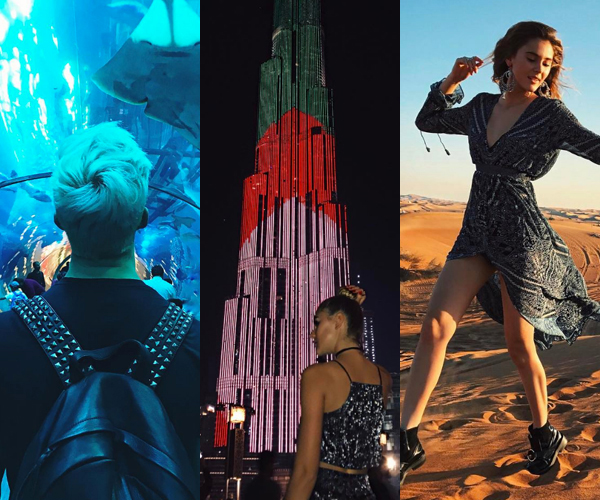 Social media stars Marcus Butler and Stefanie Giesinger have revealed exactly what they got up to during their flying visit to Dubai at the end of last year.

The British vlogger and German model were in the city over the New Year, and recently shared an envy-inducing video of their travels to YouTube. 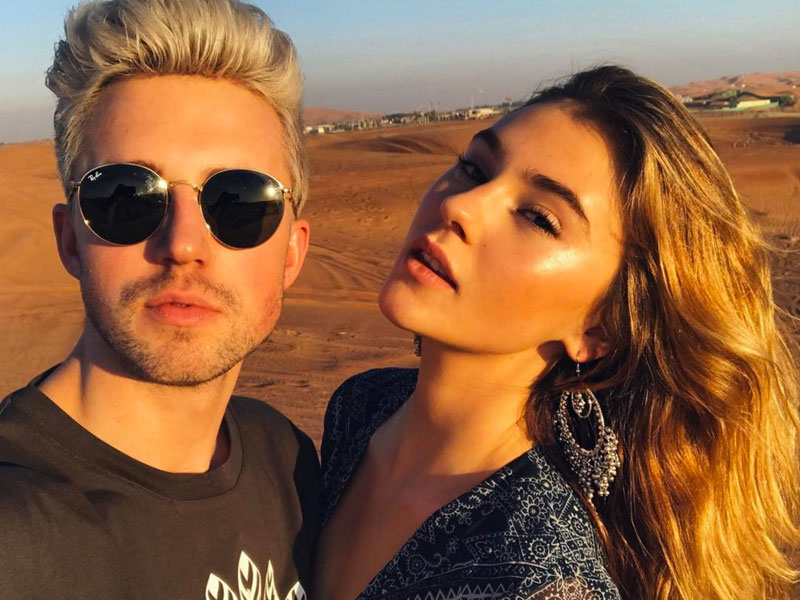 The pair have also uploaded pictures aplenty which show them adventuring about the desert, frolicking on a Palm Jumeirah beach, checking out the views from the Burj Khalifa and hitting Dubai Mall.

A peek at Instagram reveals the couple also nabbed a stay at the iconic Burj Al Arab – one of the most luxurious hotels in the world.

hi my names marcus and i look really happy cos i just had a massage in a 7 star hotel 😳 and it was incredible and made me feel all kinds of nice things. also my feet aren’t that big it’s an illusion from the water 😳😇 @visit.dubai #ad #loveindubai

Butler, whose YouTube channel has more than 4.6 million subscribers, is best known for his daily vlogs.

He and Giesinger became an item in 2016, and the Germany’s Next Top Model winner (who has more than 2 million of her own subscribers) features in many of his videos.

Happy new year 🎆 This year was amazing and I can’t wait to see what 2017 brings. Thank you so much for supporting me❤️I love all 2.4M of you❤️ I’m wishing you all a great and successful year full of love and incredible moments🎉

Fans can expect to see more famous YouTubers hitting Dubai in the near future.

In December, it was announced that a 10,000-square-feet studio known as YouTube Space Dubai would open at Dubai Studio City later this year, the first of its kind in the Middle East.

YouTube creators will be able to use the studio to access state-of-the-art filming equipment, as well as training programmes, workshops and courses.