OMG: Mariah Carey Is Coming To Dubai For A One-Off Show 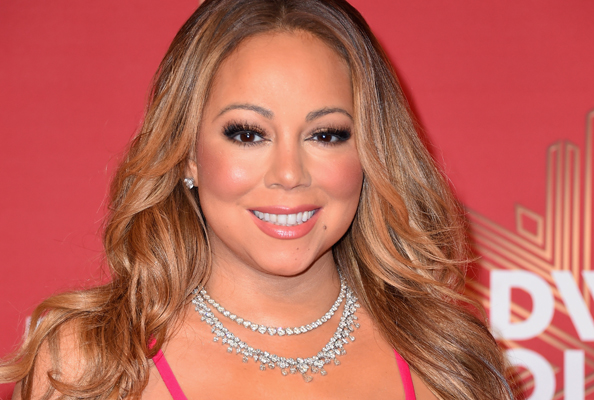 It’ll be One Sweet Day when the megastar hits the UAE.

We Belong Together, Always Be My Baby, Heartbreaker… she’s got too many hits to list.

And we look forward to hearing them in the flesh when powerhouse singer, reality TV star and general A-lister Mariah Carey headlines the Dubai Jazz Festival.

The award-winning chart-topper has just been announced as a star performer of the three-day music event, where she’s scheduled to perform on February 23, 2017.

Carey, who’s also a songwriter and record producer (as if she didn’t have enough strings to her bow), will take to the Dubai Media City Amphitheatre stage the night before Enrique Iglesias, who’ll wrap up the festival the following evening.

It’s the 15th edition of the Emirates Airline Dubai Jazz Festival, and they’ve definitely pulled in some big names for the occasion.

So what about Carey herself? Well we doubt there’s many of you who aren’t familiar with her work, since she’s the best-selling female artist of all time.

She’s sold more than 220 million records over her 25-year career and racked up a staggering 18 No. 1 singles – the most of any solo artist in history.

Her five-octave vocal range has scored her Grammys, Billboard and American Music Awards, and she’s just wrapped up her Sweet Sweet Fantasy tour across Europe and Africa.

Most recently, Carey has made her reality TV debut, with her docu-series Mariah’s World premiering on E! this month:

Want to see her perfom? Well, tickets are available via ticketmaster.ae from 12pm today, and will cost you Dhs395 per person as an early-bird special. You can also pay Dhs795 for golden circle seats, Dhs995 for a place in the fan pit, or Dhs1,595 for a spot on the VIP deck.