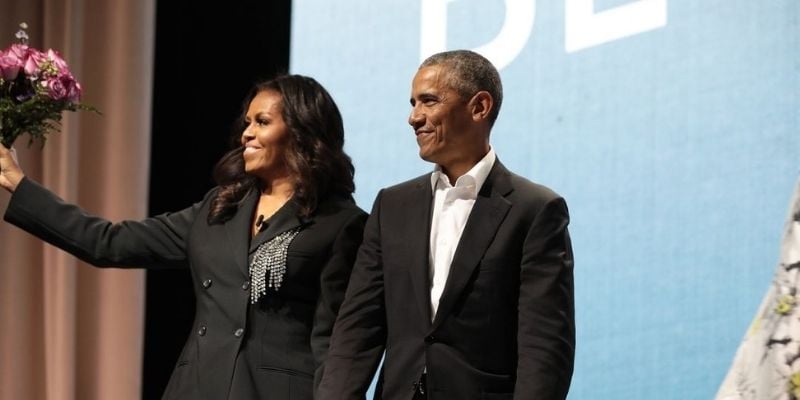 Barack and Michelle Obama are set to launch a new podcast series focusing on Muslim stories.

Entitled Higher Ground: Tell Them, I Am, the power couple’s podcast sheds light on their journey on being of Muslim faith. It will be released every weekday during Ramadan from April 12, 2021 onwards.

During the show, Michelle and Barack will host a series of interviews with renowned American Muslim activists, artists performers, athletes and actors to bring out their stories in the open, while being published on Spotify through their company Higher Ground Productions. First launched in May 2019, the Obamas are ready to make an impact with inspiring stories, as shown in their previous episodes with novelist G Willow Wilson, comedian Maz Jobrani and many more.

Hosted by the Pakistani-American Misha Euceph, she says, “The stories are universal and the guests are all Muslim. The ultimate goal is for people to feel something, for them to fall in love with the people they’re listening to without ever thinking about who they are and what they look like.”

The versatile Michelle Obama is also all set to launch her own cooking show for kids entitles Waffles and Mochi which explores the wonders of food and culture while prepping meals with freshly curated ingredients as they travel the world with a snippet of the trailer below as it’s ready to go live on March 16 on Netflix:

A host of other podcasts are also set to go live on Spotify, as they continue to keep their audience engaged. From an upcoming investigative series focusing on George Floyd’s death to something lighter with Warner Bros and DC on superheroes and villains.