“Nokia are launching the Lumia 1020 in Dubai,” said the voice on the other end of the phone. I started to make a note, expecting to be told the date for a launch event. But what came next caught me off guard: “It’s being delivered by skydivers and the Vice President of Nokia. Do you fancy jumping with them?”

… No press conference then. “Yeah, I’ll do it!” I found myself replying without pausing to consider. To me, this was a silly question. Anything remotely dangerous/exciting/exhilarating/stupid is right up my street. The offer ticked every box and more.

The morning of my jump, the Emirates Woman team girls pulled a pity-filled face every time I caught their eye. You know the one – eyebrows tilted and nose scrunched – “are you nervous,” they asked, almost willing me to start shaking. It was then that the anxiety started to build. I found myself on Google images – it turns out that 13,000ft is quite high.

As I arrived at Skydive Dubai most of those nerves were quickly erased. Everyone had that I-was-born-to-jump-out-of-planes look about them. Nokia’s Vice President, Tom Farrell, walked over to me as cool as a cucumber and asked if I’d done a jump before. I told him it was my first. “Ah, you’ll be fine!” he said, as if he plummeted to the ground at 120 miles per hour every morning before breakfast. “How many jumps have you done then?” I asked. It turned out that this was his first jump too, but that he is just much, much cooler than me. 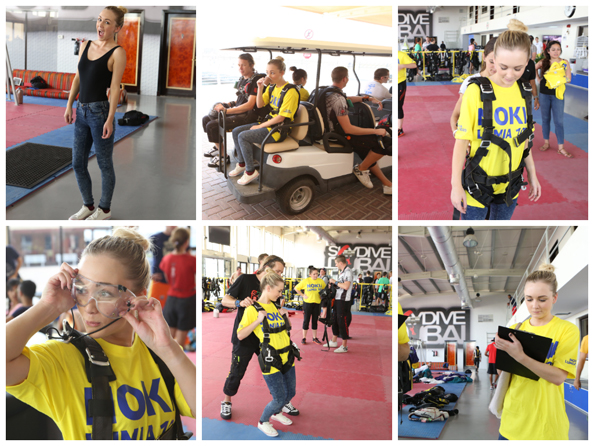 With our instructors, cameramen and some Nokia Lumia 1020’s to capture the action, we headed for the plane. Each time I looked out of the window my stomach flipped. “This must be 13,0000ft,” I kept thinking – but we kept climbing, higher and higher. When we reached the drop zone everything seemed to happen in fast-forward. The door opened and before I had time to conjure my best thumbs up, Tom was hurting into the abyss.

We started shuffling to the open door: it was my turn. With my cameraman hanging out of the plane waving vigorously at me, I managed a pathetic smile. But at the door, legs dangling over The Palm, I was too stunned by the view to consider what I was about to do. Before I new it, we were leaping into the air. 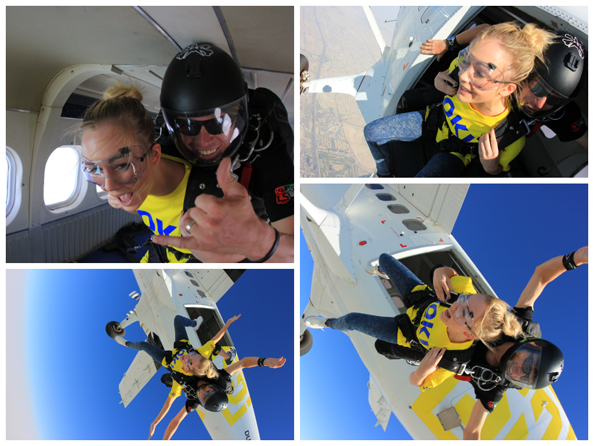 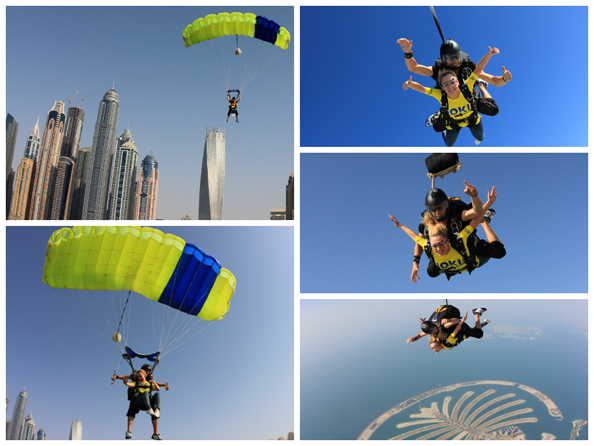 We twirled around in the sky for a few seconds before going into free-fall. A whole minute of plummeting towards the ground, cheeks wobbling around like the Michelin Man on a bouncy castle – it was wonderful.

When the parachute opened and we began to glide, I was surprised by how peaceful it was.  The instructor and I chatted to each other, pointing out which buildings we lived in while twirling the parachute around. It was more relaxing than a spa day.

On the ground, the Nokia team were cheering. Is the 41 megapixel camera on the Nokia Lumia 2010 as good as they say it is? I think I’ll let the pictures below, captured on the phone, answer… 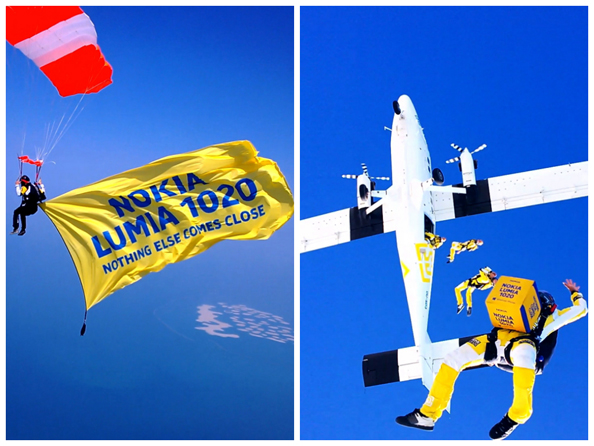 Bravo Nokia – that was certainly the best press conference I’ve ever had the pleasure of attending.