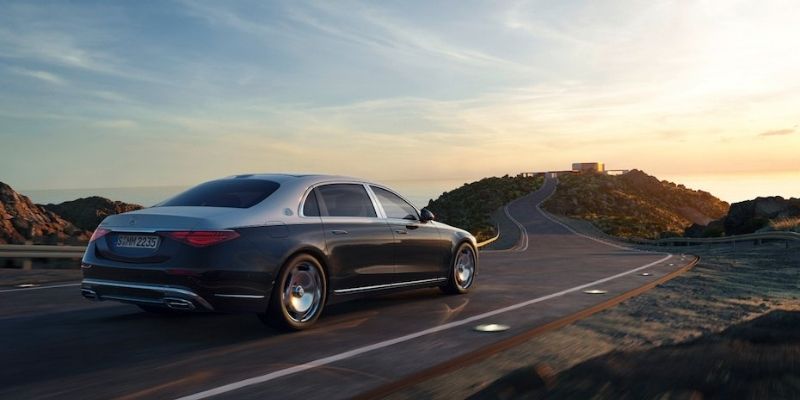 Production of the Mercedes-Maybach S 680 4MATIC for the Middle East will begin in June.

Auto distributor Gargash Enterprises has confirmed that the Mercedes-Maybach S-Class will arrive in showrooms in the UAE by August 2021.
Gargash is the authorised dealer of Mercedes-Benz in Dubai, Sharjah and the Northern Emirates.

Among the world’s most luxurious cars, the new model is 18 cm longer compared to the long variant of the Mercedes-Benz S-Class. The world’s first unveiling of a pre-production model of the new Maybach was undertaken at the Jetex private aviation terminal in Dubai where a select few journalists were shown the car. 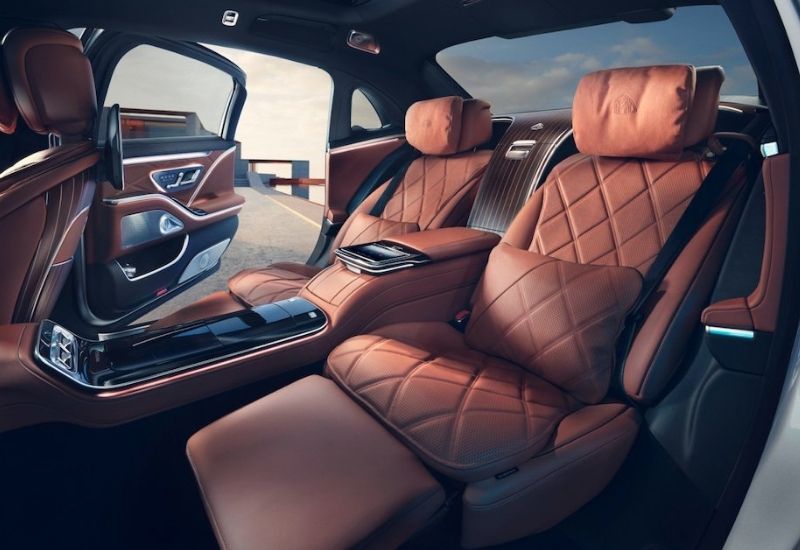 The Executive Seats are standard, with the rear cabin resembling that of business class setting on an aircraft.

The backrest of the front passenger seat with the Chauffeur package can be tilted forward by 23° beyond the 90° position. The longitudinal and height adjustment of the seat creates more legroom in the rear.

The two-tone paint job is hand finished over a period of a week, and the distinctive silhouette of the classic three-box sedan is coupled with the distinctive Mercedes-Maybach radiator grille.

Up to five display screens are available in the interior cabin, including a 12.8-inch OLED central display. There’s also a 12.3-inch 3D driver display with three-dimensional representation of other road users. The second-generation of the MBUX (Mercedes-Benz User Experience) will be featured in this car. With the MBUX setup, 3D laser cameras in the roof liner recognise movements and gestures by the rear occupants. 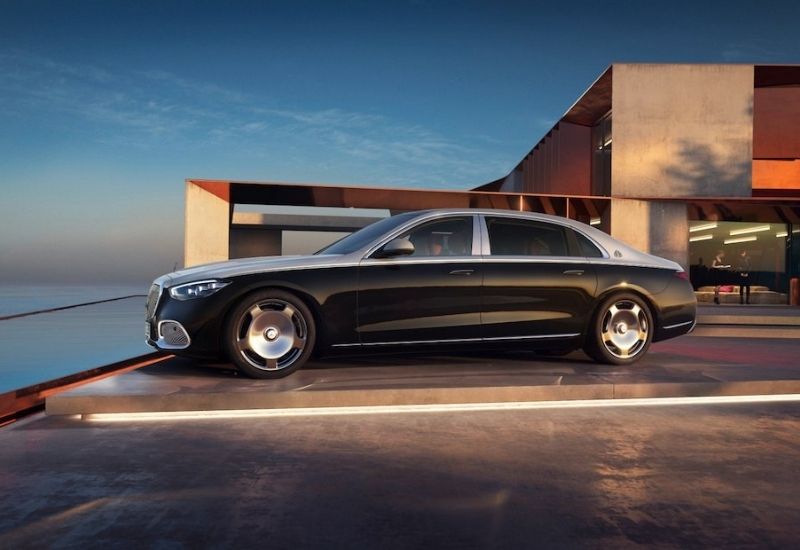 The V12 engine meanwhile is capable of an output of 630 hp (463 kW), with the S 680 4MATIC being the last twelve-cylinder engine available in Mercedes-Benz portfolio.
Active road noise compensation is used by the carmaker for the first time. It reduces unwanted low-frequency noises using counter-phased sound waves created by the bass speakers of the Burmester 4D surround sound system. Keeping its occupants safe, the car features a total of 18 airbags.

Since the market launch in 2015, around 60,000 units of the Mercedes-Maybach S-Class have been delivered worldwide. 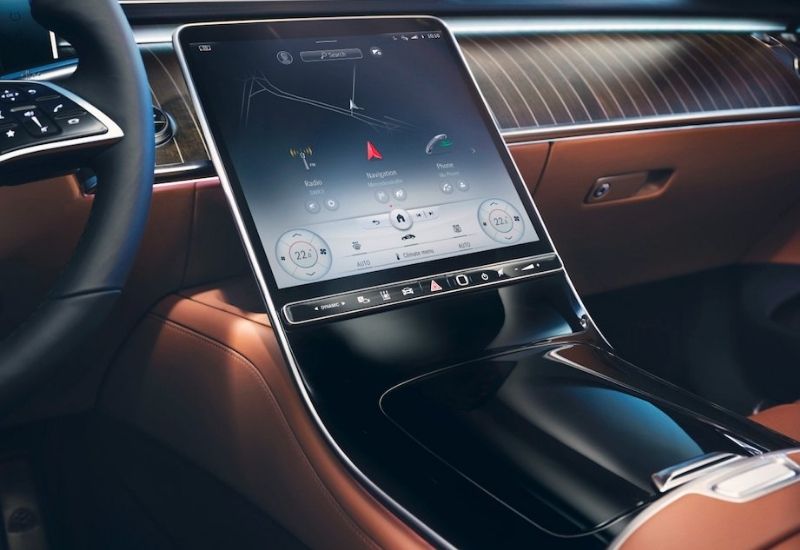 In 2019, around 12,000 units of the Mercedes-Maybach S-Class cars – more than ever before –were sold. Mercedes says that the growth rate in China was in double figures, and its other main markets include Russia, South Korea, the USA and Germany.

For the Middle East, production of the Mercedes-Maybach S 680 4MATIC will begin in June and the first customers will receive their vehicles in August 2021.