Netflix has announced a $500,000 fund to help Lebanon's film and TV industry

In collaboration with the Arab Fund for Arts & Culture (AFAC), Netflix will launch an emergency fund worth $500,000 (Dhs1.8 million).

The fund will be distributed to individuals who need financial support who work in the film and television industry whether they be freelancers, crew, craftspeople and more.

Following the economic hardships caused by the global COVID-19 pandemic and the devastating blast in Beirut, many have been left out of work and the arts industry has been particularly hard-hit.

In a statement released by AFAC’s Executive Director Rima Mismar, she explained she hopes the new fund will offer relief to those who have been left in a vulnerable position due to the economic downturn. 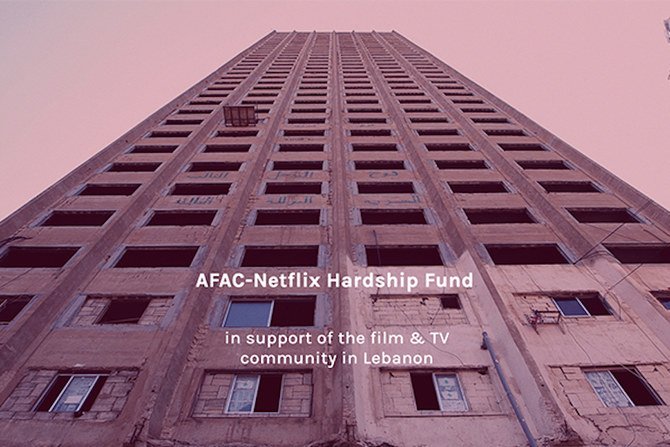 “The multiple crises that Lebanon has been facing over the past year expose further the vulnerability and precarity of the arts and culture sector and magnify long-standing inequalities and lack of social safety nets,” she said. “There is a real fear of loss of livelihoods for freelance artists, professionals and practitioners which may eventually lead to migration and creativity drain.

“We hope that this support will offer the community of practitioners a sense of solidarity and something to hold on to while fighting its way out of this emergency situation.”

The fund is set to launch later this month on October 26. In order for those who are a part of Lebanon’s film industry, they will be able to apply for individual grants – worth up to $2,000 – online.

Documentation needs to be provided of recent projects, references and other support they may be receiving at present. Furthermore, applicants must outline what projects have been delayed or cancelled which they were set to work on this year.