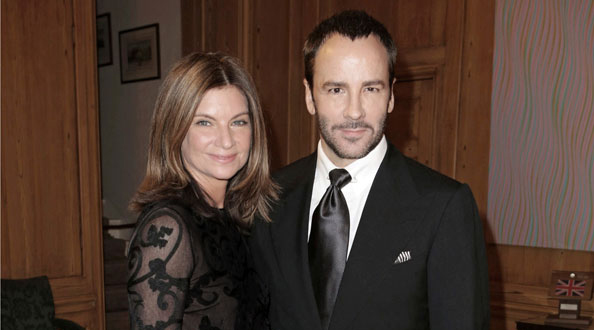 Net-a-Porter founder Natalie Massenet has resigned in a surprise move ahead of a takeover by Italian retailer Yoox. The entrepreneur had previously said she would stay on as executive chairman of the luxury fashion e-tailer.

She’s the former journalist and entrepreneur who changed the way women shop. Natalie Massenet launched Net-a-Porter from her London flat back in 2000, and turned it into a global fashion e-tailer with 2,600 employees and turnovers running into the hundreds of millions. It has now emerged that Massenet will walk away from the business before a takeover by Italian retailer Yoox is finalised.

Massenet had previously said she would remain as executive chairman once the sale to Yoox was completed; working with Yoox founder Federico Marchetti as chief executive. But insiders have since suggested she was unhappy at the prospect of ceding control to Marchetti.

Net-a-Porter no more: Massenet, seen with designer Tom Ford, has resigned as executive chairman of the business she founded

Yoox said in a statement: “Following Natalie Massenet’s tendering of her resignation as executive chairman of the Net-a-Porter Group, Ms Massenet will not be a member of the board of directors of the new group, which will result from the upcoming merger.”

Massenet’s Instagram account has been flooded with supportive messages since news of her departure emerged. “You’re a wonder woman and as sad as it is that you’re leaving, I’m sure your next chapter will be even more smart, innovative and stylish,” one admirer said.

Earlier this year the 50-year-old gathered an elite group of international arbiters of style to help launch The Net Set, a “shoppable” social network that initially operated on an invite-only basis but this week opened its digital doors to all. Users can see exactly what their style icons (think the likes of Laura Bailey and Poppy Delevingne) are browsing and buying.

Massenet said the completion of the merger meant the time was right for her to move on and “explore new ideas and opportunities”.