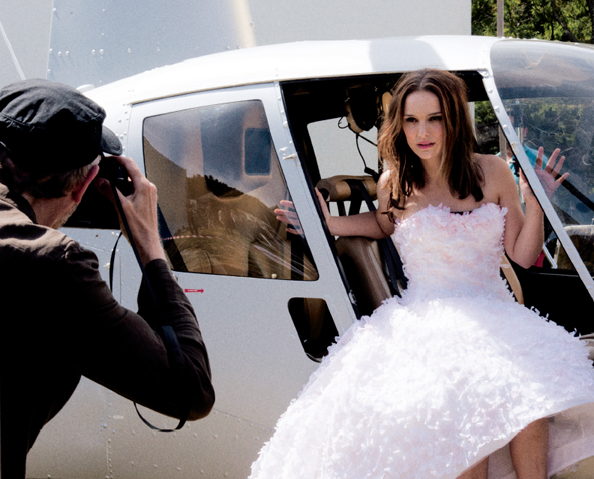 Last year Sofia Coppola had a girlie Natalie Portman falling elegantly back into a bed of pastel hued flowers, this year Dutch filmmaker and photographer Anton Corbijn promises to take the beautiful actress on a never-seen-before adventure in the new promotional video for Miss Dior.

In the artful new video advert to promote Miss Dior, actress and brand ambassador Natalie Portman evolves under the sharp eye of Anton Corbijn, whose latest works includes A Most Wanted Man, a thriller starring the late Philip Seymour Hoffman. He is also famous for his visual output for music artists including Depeche Mode and U2. He is also currently finishing up Life, a film based on the 1955 meeting between James Dean and Dennis Stock, starring Robert Pattinson and Dane DeHaan. Sources for Dior claim Anton’s vast creative side will show “Miss Dior as she’s never been seen before.” Drawing on a her strong feminine power and strength, the director will create a true cinema heroine in a film that brings “an adventurous Miss Dior filmed in a brand new way.”

A man of many talents Anton’s full job description is photographer, music video director, and film director. He has worked with industry greats including Tom Waits, Nelson Mandela, Clint Eastwood, Isabella Rossellini and Miles Davis. Renowned for his portrait photography, which offer alternate perspectives of how we look at our cultural heroes, his appointment by Dior indicates a new and exciting direction for the brand.

The new video won’t be released until February 3, with a Dior spokesperson revealing there are more “fun things” to come leading up to the film release… watch this space.

In case you missed Sofia Coppola’s beautiful film, here it is:

Natalie Portman isn’t the only person to star in a new video. Her gorgeous husband Benjamin Millepied stars in a mesmerising video for the Nowness project: