Did you see two moons in the UAE this week? The mystery has now been solved 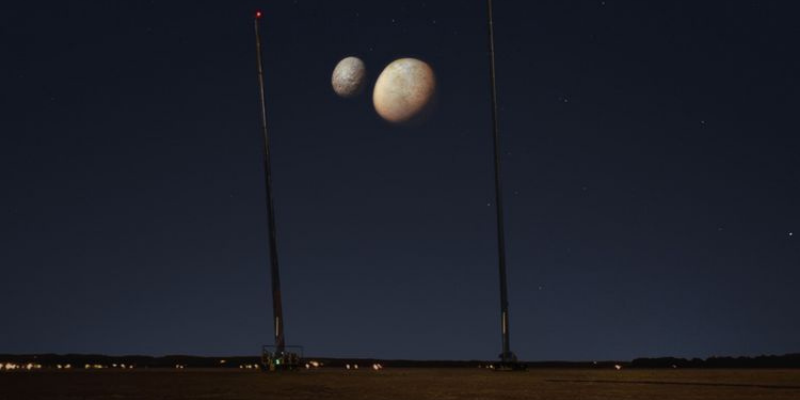 Did you happen to see two moons in the UAE this week?

If you didn’t catch the sight of the “two moons”, then you may have come across the video that went viral on Twitter, with a woman questioning how there appeared to be two moons in the sky.

Well, now the mystery behind the duo moon appearance has been solved – it was a simulation.

In celebration of the Hope Probe reaching Mars on February 9, the UAE’s Government Media Office organised for the simulation of the two moons which orbit the red planet, Phobos and Deimos, to be projected into the sky.

This was done so by incredible technology which has never been used before in the UAE, per the Khaleej Times.

Discussing the simulation, Khaled AlShehhi, the Executive Director of Production and Digital Communication Sector at the UAE Government Media Office, explained the projection was to “raise awareness” about the Hope Probe.

“The Mars Mission is one of the biggest challenges of the country’s history and one of the boldest initiatives of the UAE: Conquer space,” he said. “So, to create awareness around this important fact, nothing better than bringing the two moons of Mars to Earth.”

In a similar vein, key landmarks around the UAE have been given a red tint to celebrate the impending arrival of the Hope Probe to Mars.

Landmarks being lit up include the Dubai Frame, the Burj Al Arab, Dubai’s Museum of the future, Sharjah’s Scroll monument, ADNOC building in Abu Dhabi, the ancient forts in Ras Al Khaimah and more.

What is the Hope Probe?

At the beginning of 2020, Sheikh Mohammed bin Rashid and Sheikh Mohamed bin Zayed signed the remaining outer piece for the probe which will launch into space.

The probe is being spearheaded by the UAE in order to gain a full picture of what the atmosphere of Mars is like. It is expected the Hope Probe will take an estimated 200 days to arrive on Mars. Once the probe reaches the planet in 2021, data will be collected over a two-year period, but this could be extended by another two years meaning the Hope Probe has the potential to be in space until 2025.