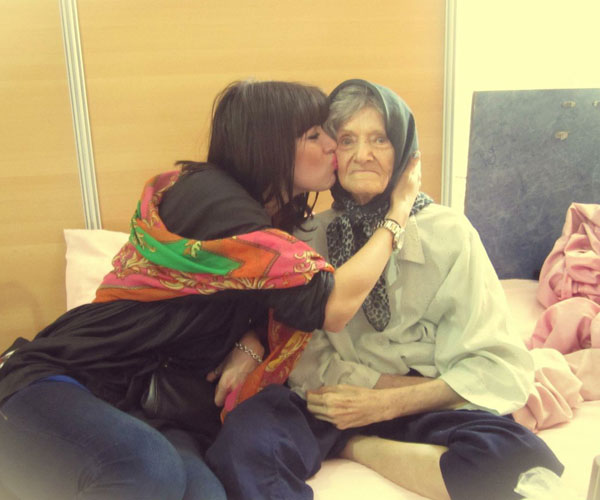 Under the new travel ban, grandparents are considered a terrorist threat.

The revised executive order will prevent people from six Muslim-majority countries – Iran, Libya, Somalia, Sudan, Syria and Yemen – from entering the US for 90 days, unless they have a “bona fide” relationship with a person or entity already in the country.

The Trump administration has interpreted this as a “close, familial relationship”, which means a parent, spouse, child, son-in-law, daughter-in-law, or sibling of a US resident is allowed to enter the country.

However, grandparents, grandchildren, aunts, uncles, nieces, nephews, cousins, and other extended family members are not included under this definition.

Read more:
This UAE Airline Is Now Exempt From The US Laptop Ban
Qatar Airways Ban: What Travellers Need To Know

As the ban went into effect on Thursday, Muslims around the world took to social media to highlight how silly it is that their elderly relatives are considered a security threat.

Sharing a photograph of a grandmother kissing her grandson on the cheek, NIAC Action tweeted: “#MuslimBan has reached a new low – these are our #GrandparentsNotTerrorists!”

#MuslimBan has reached a new low – these are our #GrandparentsNotTerrorists! pic.twitter.com/Ho1ST5CT16

Others quickly caught on, and soon Twitter was awash with sweet snaps from family albums.

Because Trump doesn’t think I have a bonafide relationship with my grandpa…. #GrandparentsNotTerrorists #NoMuslimBan pic.twitter.com/fncoLcLWkQ

This is my lovely grandma. @realDonaldTrump does she look like a terrorist to you? #GrandparentsNotTerrorists pic.twitter.com/KkciEWBM1t

Hey @realDonaldTrump, does my grandpa look dangerous to you? #GrandparentsNotTerrorists pic.twitter.com/zkylDcEd5z

My grandmother is the purest soul I know. Does she look like a terrorist to you, @realDonaldTrump? #GrandparentsNotTerrorists #NoMuslimBan pic.twitter.com/sgS1rVXDT7

No to the #MuslimBan pic.twitter.com/Kkj1hTss3B

Naureen Shah of Amnesty International USA said the new order and its narrow definition of families was “simply heartless”, and “further proves the callous and discriminatory nature of Trump’s Muslim ban”.

However, there is still a chance the definition could be extended to include grandparents.

According to a Reuters report, the state of Hawaii has asked a federal judge in Honolulu to clarify the Supreme Court ruling, arguing that the government intended to violate its instructions by excluding people who actually have a close family relationship to US residents.