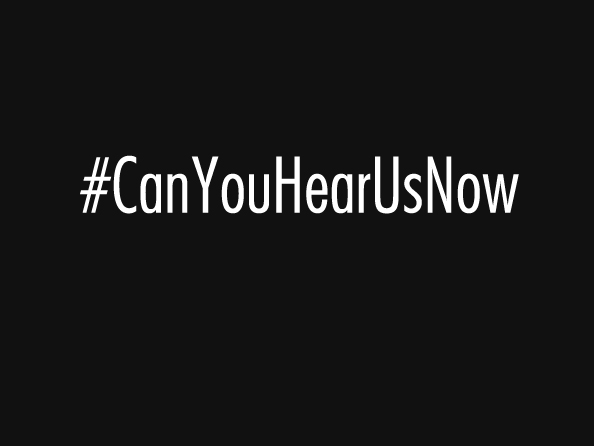 US presidential candidate Donald Trump has come under fire once again, and not just from the French president.

Despite being one of the most ridiculed candidates in political history, Donald Trump managed to be elected as a presidential candidate. However, while he may be one foot closer to the White House he is no where closer to the hearts of the nation.

In a recent speech François Hollande said a Trump victory this November would shift world politics, he then went on to say that the business mogul “makes you want to retch”.

However, it’s not just Hollande that’s decided to speak out about the Republican – Muslim women are also speaking out and they want him to listen.

This week the hashtag #CanYouHearUsNow went viral on Twitter after Trump wrongfully insinuated that Muslim women are not “allowed” to speak.

During an interview with ABC News’ George Stephanopoulos Trump once again let loose with a series of ill-thought comments about Khizr and Ghazala Khan, the Muslim-American parents of a soldier killed by a suicide bomber in Iraq.

At the Democratic National Convention Khizr Khan gave a speech about his late son. During the speech he commented that if Trump was in power his son wouldn’t even have been allowed in America. When Stephanopoulos ,mentioned this to the politician the reply was typically Trump.

“His wife was standing there [while Khan delivered his speech] she had nothing to say. Probably maybe she wasn’t allowed to have anything to say,” he said.

Ofcourse Trump was suggested that Mr Khan didn’t his wife permission to speak. Mrs Khan refuted the comments, writing a powerful Washington Post op-ed, writing that she chose not to speak at the convention because she was overwhelmed by emotion.

“Walking onto the convention stage, with a huge picture of my son behind me, I could hardly control myself,” she wrote. “What mother could? Donald Trump has children whom he loves. Does he really need to wonder why I did not speak?”

Ghazala Khan’s brave letter gave courage to other women to speak out, using the hashtag #CanYouHearUsNow  in order to help their messages go further.
Among the women speaking out was activist and media commentator Linda Sarsour, who said she is fed up with how society defines Muslim women.“We define us. We tell our own stories,” she wrote.

Tired of the obsession w/ Muslim women and who you think we are and are capable of. We define us. We tell our own stories. #CanYouHearUsNow

Im Muslim. I’m on covers & called a SAFE Global Hero. You on the other hand…#Haterinchief #CanYouHearUsNow pic.twitter.com/uk341N5uFB

One woman compares herself to Wonder Woman for the constant battles she has to deal with:

This journalist is fed up with misrepresentations:

The social media campaign was launched by the Council on American-Islamic Relations (CAIR) to highlight to the world that Muslim women are not oppressed.