According to a recent survey the UAE roads have become more dangerous within the last six months.

The survey, commissioned by Qatar Insurance Company (QIC) and RoadSafetyUAE, revealed that 65 per cent of those questioned were unhappy with the their daily commute, complaining it has become longer when compared to six months ago. Though a very lucky 19 per cent claimed they enjoyed a quicker drive to work.

According to The National a survey revealed that 1,003 residents found 56 per cent said driving had become more dangerous in the past six months, even as 79 per cent thought the condition of roads had improved.

Frederik Bisbjerg, executive vice president MENA Retail, QIC Insured, who commissioned the survey said: “We are proud to be associated with this unique long term perception study, as it provides hard facts for us and all concerned stakeholders to work in the right direction with regards to facilitating the ambitious targets set out for road safety in the government’s ‘UAE Vision 2021’. Furthermore, it supports the efforts of QIC Insured to actively support the creation of safer roads.”

While the results are surprising, after so much has been invested to improve roads in the UAE,  Bisbjerg says it is also up to drivers to drive responsibly. He added: “I feel we have an important role to play to help overcome this and make the roads safer.”

Other shocking revelations in the report stated that 67 per cent of the residents surveyed said they witnessed more speeding and 64 per cent said tailgating was increasingly common. Another 79 per cent revealed a rise in distractions while driving while another 69 per cent said there had been a dangerous increase in abrupt lane changes – anyone who has driven from Sharjah to Dubai will see this a a very common issue.

Thomas Edelmann, founder and managing director of RoadSafetyUAE, said: “Despite comprehensive efforts to enhance and improve our roads, the irresponsible behaviour of significant numbers of motorists remains a stubborn challenge. The abrupt changing of lanes, tailgating, speeding and distracted driving are top killers on our roads and yet all are entirely preventable.”

The government are doing the best they can to improve road facilities, the least we can do as drivers is respect the road and fellow drivers… 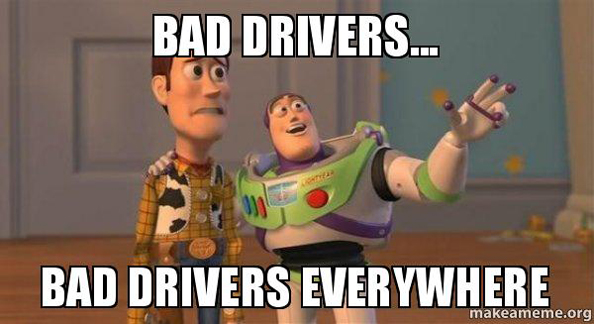