VIDEOS: A Hilarious Look At Life As A Dubai Expat 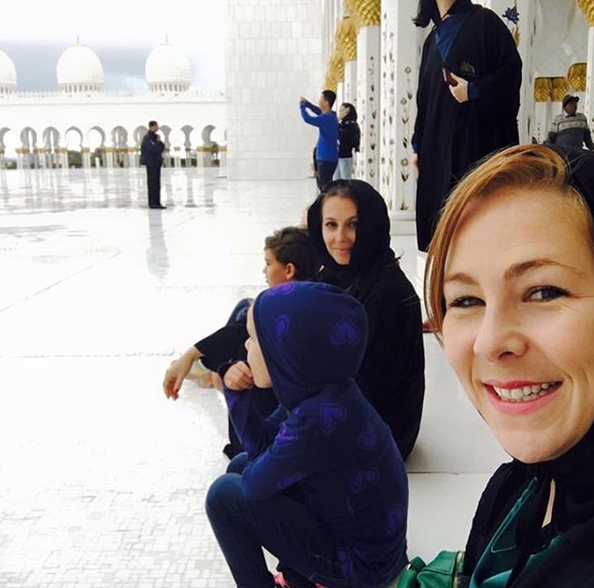 At least once a week we always spot some dissatisfied expat complaining about life in Dubai on social media.

Often they are writing their angry rant on their Facebook status while, no doubt, their maid (who is also the nanny) is cleaning their home for Dhs35 a hour, the home which comes with a pool and gym.

Or they are complaining about it while getting their weekly mani-pedi and blow-dry at a five-star salon which they Uber-ed to.

I think you get where we are going. Despite the high, and easy, life that many enjoy in Dubai, often residents can forget how lucky they are and how much more they can achieve here compared to ‘back home’.

Read: The Alternative Guide To Dubai

Read: Why Expats Are Flocking To The UAE

Read: The Real Cost Of Living In Dubai (It’s Cheaper Than You Think)

If anyone can help disgruntled expats appreciate what they have here it’s Morgan Carver Richards. A former UAE expat who recently returned to Phoenix, Arizona, USA after living in Dubai for four years.

Since her return the mum-of-three has hilariously captured the shock of repatriation in a serious of self-deprecating videos.

“What do you mean cut your own grass? I’m not cutting my grass. Im hiring a gardener…. Where’s the little guy that comes and pumps your grass. What the hell?”

The former flight attendant clearly misses Dubai and her mock set ups are just addictive viewing on Facebook and YouTube with some videos already boasting over 5,000 views.

Richards moved to Dubai back in 2011. While she admits the move was difficult she reveals that she soon grew to quickly love the region.

When she moved back to the US the 31 year old joked about the differences between her new life and life as an expat. She said:  “I no longer have a maid or a gardener that asks for my wifi password. I can’t even find halloumi cheese. I asked for valet parking last week and they laughed at me. I just want to go to brunch and get a massage while I get my hair did.”

Here’s some of Richards’ best clips, which might make you think twice when you next want to whine about the region:

No one delivers. You have to drive to get your own food

No valet parking and no where to ski

No beaches, no safe drivers, no premium elite on the metro