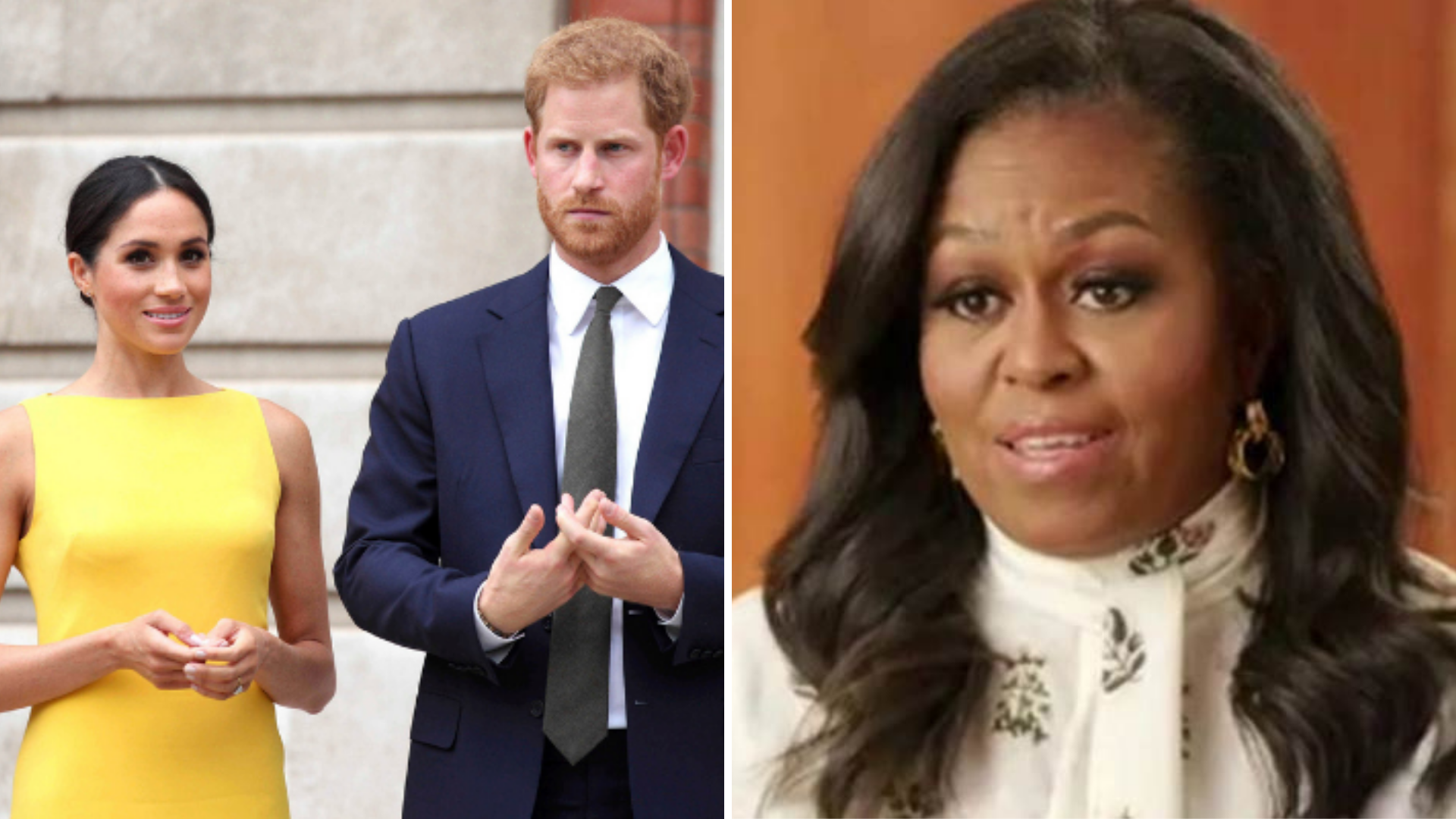 Ten days after the Duke and Duchess of Sussex’s tell-all took place with Oprah Winfrey, the world still can’t stop talking about it.

And now high-profile figures have started to weigh in, including former First Lady of the USA Michelle Obama.

In Meghan Markle’s interview with Winfrey, she and husband Prince Harry laid bare their issues with ‘The Firm’ which included accusations of “falsehoods” being perpetuated about them; allegations of racism; severe mental health issues and more.

“In those months when I was pregnant all around the same time, we had in tandem the conversation he wouldn’t be given security, wouldn’t be given a title and also concerns and conversations about how dark his skin might be when he’s born,” Meghan said, which left interviewer Oprah shocked. However, both Meghan and Harry refused to state who said this as “it would be very damaging to them.”

Watch @JennaBushHager’s full interview with @MichelleObama on her new Netflix show for kids, “Waffles + Mochi,” her mental health struggles during the pandemic and last year’s racial unrest, having her daughters back home, and Meghan Markle’s interview with Oprah Winfrey. pic.twitter.com/fbL1jxKKAJ

Weighing in on the allegations made in her own interview with NBC, Michelle highlighted how most people don’t understand what a life of public service is like.

She also discussed the allegations of racism within the institution.

“As I said before, race isn’t a new construct in this world for people of colour, and so it wasn’t a complete surprise to hear her feelings and to have them articulated,” she said.

The former US First Lady also outlined in a separate interview her “heartbreak” over the falling out between Meghan and Harry and the royal family.

“My hope is that, when I think about what they’re going through, I think about the importance of family,” she told Access Hollywood. “I just pray that there is forgiveness, and there is clarity and love and resolve at some point in time.”