For the past 18 years Dubai-based Filipino designer Michael Cinco has been astounding the Middle East market with his extravagant gowns and their fanciful intricate details. Now the design sensation has caught the eyes of Hollywood with Michael’s latest works set to feature on actress Mila Kunis in blockbuster Jupiter Ascending.

The highly-anticipated science fiction film, written and directed by Lana and Andy Wachowski – best known for their Matrix franchise – and also co-starring Channing Tatum, features three dresses especially made for the film by Michael Cinco. However, the stand out gown is the ‘wedding dress’ worn by Mila Kunis. 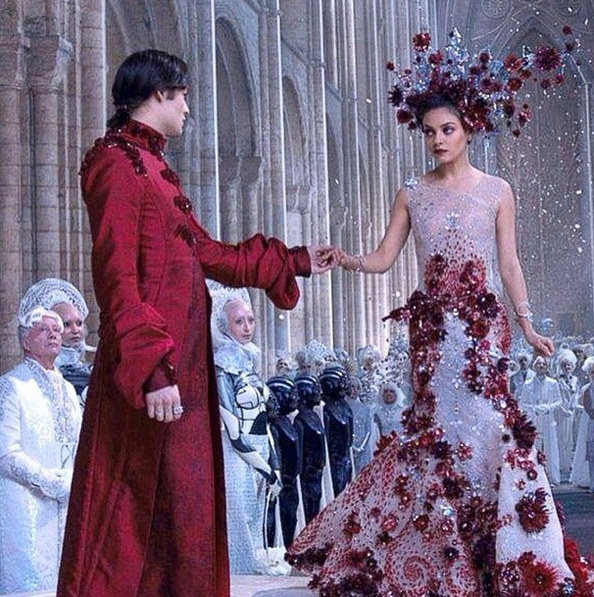 A proud Michael enthused:  “The biggest dress is the one worn by Mila Kunis’ character in a wedding scene. It’s a white dress made of tulle and adorned with red ceramic roses. Her character was born a goddess in another planet and her look had to match that.”

Taking to Instagram to share the news of his new project with his 155,000 followers, he posted a picture of Mila in that dress and said: “My first ever project in a big Hollywood movie…MILA KUNIS wears MICHAEL CINCO in the movie JUPITER ASCENDING which also stars Channing Tatum…movie will open this week…Thank you LORD…”

The new project is like a dream come true for the 44-year-old designer who has always been inspired by classic Hollywood movies, with Michael claiming they moulded his style quotient while growing up in a picturesque island of Samar. 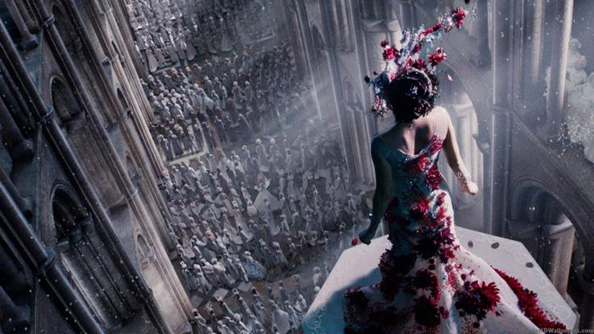 Movie giants from the Golden Age including Marlene Dietrich, Joan Crawford, Grace Kelly and Audrey Hepburn have always been muses for Michael whose signature talent lies in couture. He said of his childhood: “I pictured those fabulous heroines and imagined dressing them up with my creations. I chased after that vision….”

Deciding to find his own feet her moved to Dubai in 1997 and rapidly established himself as a the king of haute couture…designing and creating wedding gowns and couture dresses for his elite clients from the Gulf and from Arab royalties. His reputation also saw him gain attention in the US where he participated on America’s Next Top Model with Tyra Banks.

“Moving to the Middle East was a big leap for me,” explains Michael. “The region is a haven of haute couture. In my first job in Dubai, I reinvented the image of a slightly staid fashion house, and succeeded in injecting new fashion nuances. Now it’s great to know that the elite fashionistas of Dubai eventually recognised my passion for fashion.”

Well, Michael better get prepared as it seems no just Dubai that recognises his passion… Hollywood is fast becoming stalwart fans, too…