Men In The UAE Are ‘Highly Supportive’ Of Women Working 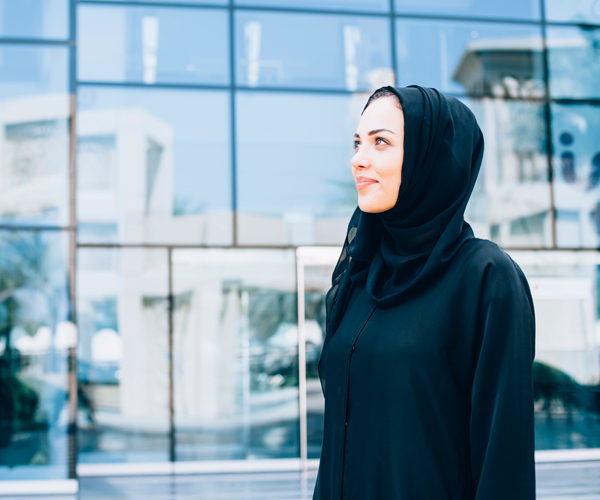 When it comes to getting more women into the workplace in the UAE, there’s little opposition from the opposite sex, a new study has found.

Research from the University of Sharjah and Hofstra University in the United States shows that on the whole, women are supported by their husbands if they choose to work – although several other factors are stopping them from doing so.

The study, which quizzed 1,500 Emirati and expat households in Dubai, found that 38 per cent of women interviewed were working, 40 per cent were “economically inactive”, 18 per cent were students and 4 per cent were without work.

And the biggest obstacle to employment for women in the region? Finding work-life balance.

Read:
Sports Star Slams Critics Who Attacked His Wife’s ‘Un-Islamic’ Dress
‘I Filed For Divorce The Next Day’: Lifting The Lid On Polygamy In The UAE

“Our findings go against certain stereotypes,” Dr Rabia Naguib, a co-author of the study, told The National.

“Men in our study revealed themselves to be highly supportive of women at the micro level.”

However finding adequate childcare was keeping women out of the workplace – something the UAE government has announced it is reviewing under its revamp of the country’s maternity law.

“If you offer women flexible working hours, if you offer them nurseries for their children, that would help to solve the problem,” Dr Naguib said.

Read:
Sheikh Mohammed: ‘We Do Not Want To See Any Discrimination In The UAE’
It Could Take 170 Years For The Global Gender Pay Gap To Close

The study also found that those interviewed did not view religion as a barrier to employment – although some female entrepreneurs did find certain constraints, such as “mixing with men… to be discouraged”.

Women surveyed also believed – more so than the men interviewed – that they should seek the head of the household’s permission to work.

But things could soon change

The Emirates hopes to become one of world’s top 25 countries for gender equality by 2021.

In recent times, the Dubai Women Establishment has been set up, as has the Gender Balance Council, and the government is looking at improving the country’s maternity laws.

The Dubai Women Establishment’s five-year development strategy for 2017-2021 has a focus on getting more females noticed in the workforce.

Read:
Women, This Is Where You’re Needed, Says UAE Gender Balance Council
Are These The Best Jobs For Women In Dubai?

Al Marri has previously said that “the country’s government believes in the power of women and the role that they can play in society”.