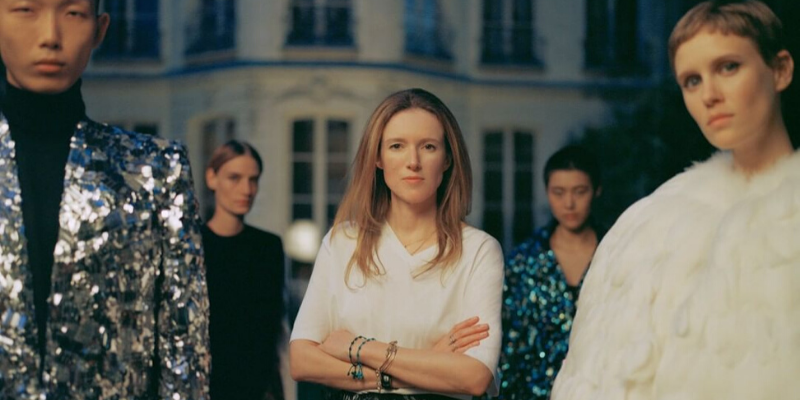 She was the first women to ever take charge of the historic French Maison which was established by Hubert de Givenchy in 1952. In her time, she has revived the couture business, connected both women’s and men’s lines through exceptional tailoring and created one of the most iconic wedding dress for Meghan Markle’s wedding to Prince Harry in 2018.

Since the wedding, the Duchess of Sussex has chosen to wear Givenchy for several key events, and she also presented Waight Keller with the British Designer of the Year award in the womenswear category at the Fashion Awards in 2018.

“Focusing on a world based on Haute Couture has been one of the highlights of my professional journey,” she said in a statement.

“I have shared so many incredible moments with the brilliant Givenchy ateliers and design teams: your exceptional talent and dedication will forever remain in my memories.

“My heartfelt thanks go out to each of the unsung heroes and heroines behind the scenes, for their contribution from product to communications and retail, and every global team member, partner and supplier in between. Without all of you, I could not have brought my vision for Givenchy to life in such a beautiful way.”

Waight Keller took over from Riccardo Tisci, now at Burberry, after six years at Chloé.

As for who will take over from Waight Keller, Givenchy stated “the House’s new Creative organization will be communicated at a later date.”

“Under her creative leadership, and in great collaboration with its ateliers and teams, the Maison reconnected with the founding values of Hubert de Givenchy and his innate sense of elegance,” said Sidney Toledano, Chairman and CEO of LVMH Fashion Group.