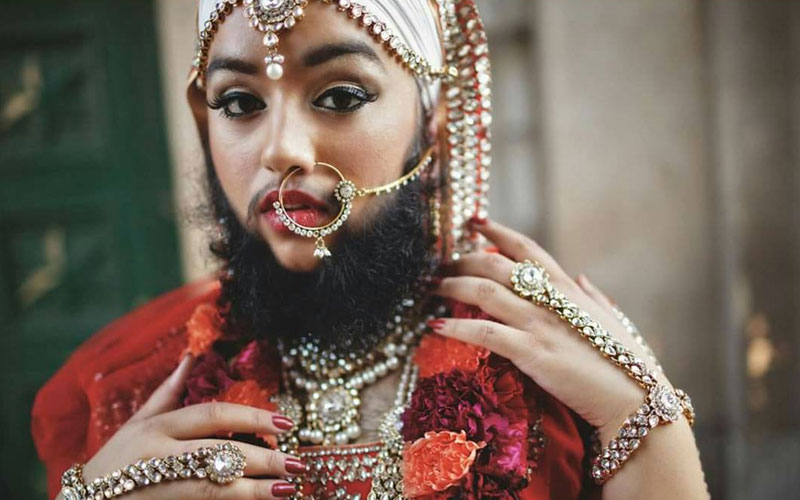 The British-born woman, who was diagnosed with polycystic ovary syndrome, then spent her childhood being bullied ruthlessly by classmates, who picked on her for looking different.

Kaur tried everything to battle her excess hair, from shaving and waxing to bleaching and threading.

“Despite all of my efforts the bullying didn’t stop; no matter what I did, I couldn’t win. School was terrible and the only safe haven was my bedroom,” the now 25-year-old wrote in a moving article for Stylist earlier this year.

I don’t fit in! I never did and I never will! ….and you know what, I am 100% content with that! We are all born to stand out, so why do we try to blend in with the crowd?! Note: This is an image of me when I was younger! Princess to Queen #harnaamkaur #antibullyingactivist #bodyconfidenceactivist #beardedlady #littleme #leaky

“The more I attempted to remove the hair, the more it grew, and the relentless bullying got even worse.”

However when she turned 16, she decided to stop trying to fight the condition and instead began to embrace her natural look.

Read:
Celebrating Emirati Women’s Day: ‘What The National Dress Means To Me’
#IamMe: The Fashion Campaign That’s Championing Body Diversity
What Does Feminism Mean To You?

While she admits the abuse did increase, the inspirational activist drew on her inner strength to combat the negativity.

“I get comments and sniggers every day when I’m out and about, but I choose to look at is as fleeting occurrences that are only a couple of seconds of my life,” Kaur wrote.

“I also know that a lot of comments are made because people are ignorant, they don’t know about polycystic ovary syndrome and its effects.” 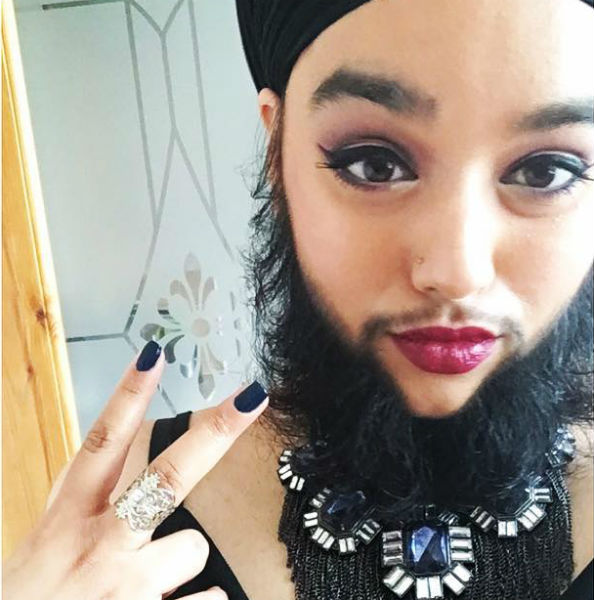 However after the Daily Mail published an article on Kaur in 2014, her story – and consequently coverage of polycystic ovary syndrome – began to reach a much wider audience.

Kaur was approached by photographers keen to include her in projects and, as such, she began to develop a career as a model – one with the aim of improving diversity within the fashion industry.

“Things really took off and earlier this year I did my first catwalk at the Marianna Harutunian Royal Fashion Day show [in London],” she told Stylist.

“I’ve been laughed at many times about my modelling prospects, so it was amazing being a bearded lady and opening the show for such an incredible designer.”

Kaur is now a full-time body positivity and anti-bullying activist, as well as a life coach, and is campaigning for the modelling industry to change its beauty ideals. 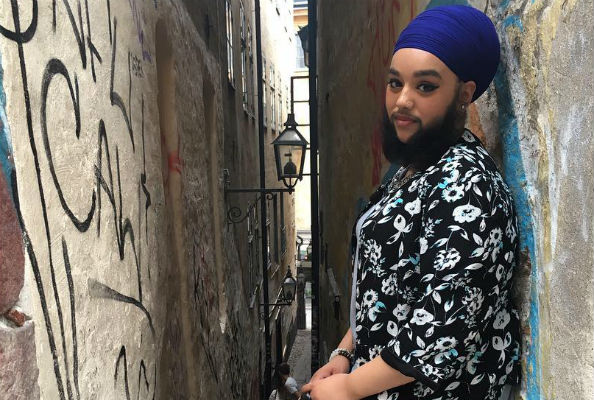 “If a girl asks me whether she should get rid of her facial hair or embrace it, like I did, I tell her it is a personal choice. She will need to be strong to stand up in the face of bullies, she also needs to consider ultimately what will make her happiest,” she said.

“It’s not easy being different, but it is possible and you can still achieve your dreams, I’m proof of that.”

What is polycystic ovary syndrome?

PCOS is a common condition affecting the balance of oestrogen and progesterone hormones in women. Most sufferers develop benign ovarian cysts, which are not harmful, but other symptoms include acne, excess hair growth, problematic periods and difficulty in conceiving.

There is no cure, but symptoms can be treated with medication and/or diet and lifestyle changes and surgery can be an option in cases where women are struggling to get pregnant.