Meet The Female Pilots Breaking Barriers At This Dubai-Based Airline 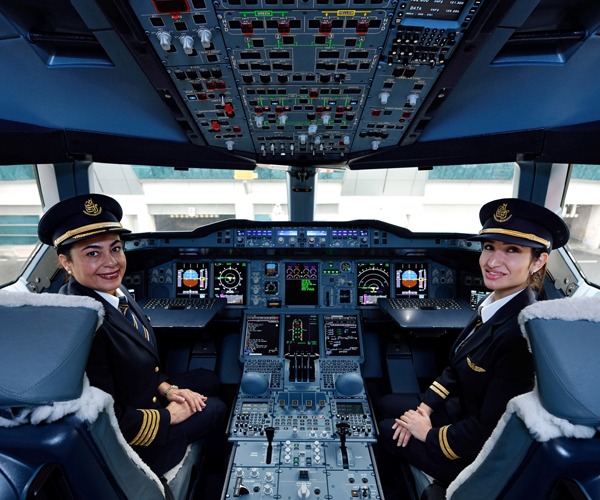 Emirates is shining on spotlight on its ladies in the cockpit for International Women’s Day.

Taking the wheel of the world’s biggest aircraft would terrify many a person (us included), but not this pair.

Captain Nevin Darwish and First Officer Alia Al Muhairi regularly pilot the Airbus A380 from Emirates’ base in Dubai, and they’re just two of the female employees the airline is celebrating this week.

In honour of International Women’s Day this Wednesday, the carrier has released a video of the duo transporting passengers from the UAE to Vienna.

Both aviators hold records for the airline, with Darwish the first woman of Arab origin to captain the Airbus A380 and Al Muhairi the youngest Emirati female pilot currently operating the aircraft.

Emirates revealed in a statement that 44 per cent of its staff is made up of women, with 29,000 females of 150 nationalities currently employed. 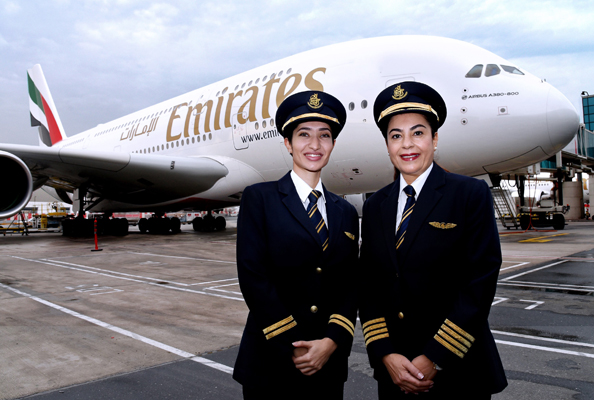 More than 18,000 alone work as cabin crew, while there are women aged between 20 and 59 taking the reins in the cockpit.

“We are proud of our women colleagues and their immense contribution to the growth and success of the airline,” said Abdulaziz Al Ali, Emirates’ executive vice president of human resources.

“We hope that they can continue to inspire and be role models for girls and women across the globe interested in pursuing careers in aviation.”

Read:
Flying Out Of Dubai Any Time Soon? Read This First…
Why The First Woman To Visit Every Country Loves This Middle Eastern Spot

Currently, there are an estimated 4,000 female aviators employed around the world (out of 130,000 pilots in total), which is about 3 per cent of the workforce.

However with more and more female pilots speaking out about the perks of the job, that number could soon change.