It is one of most challenging and dangerous routes to take due to altitude issues, and it has the highest recorded fatality numbers due to the elevation of the camps and lack of helicopter rescue options.

Sponsored by The Sustainable City, Dolores hopes to inspire the young generation of Arabs to challenge themselves and rally behind noble causes that are important to the community today

“By scaling Mt. Everest from the North Col, I intended to highlight the message of embracing more sustainable practices and to promote the use of renewable energy as well as reinforce the need to follow healthy lifestyles in harmony with nature, she says. “The challenge I undertook was particularly arduous as the North Col of Mt. Everest route called for more technical climbing and the weather conditions were windier and chillier. With the support and blessings of my family, friends and my co-residents in The Sustainable City, I was able to accomplish the task.” 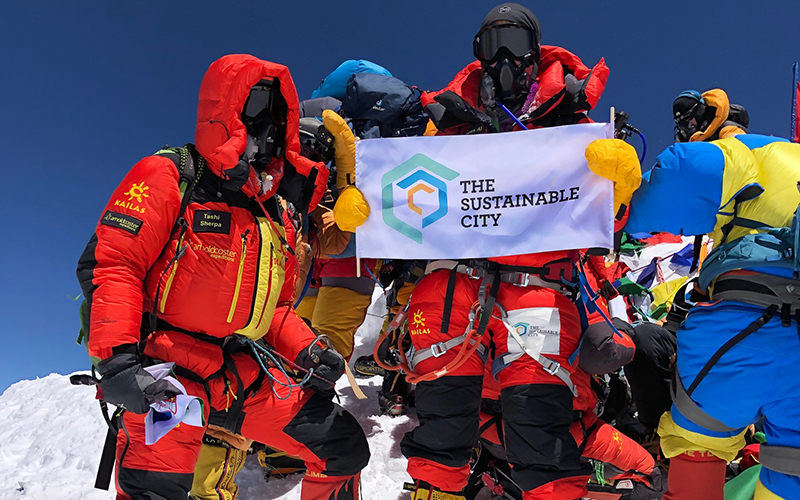 An experienced mountaineer, Dolores was the first Arab to summit Mount Manaslu in the Himalayas, the eighth highest mountain in the world. She also reached the top of the Mera Peak in Nepal and Mt. Kilimanjaro.